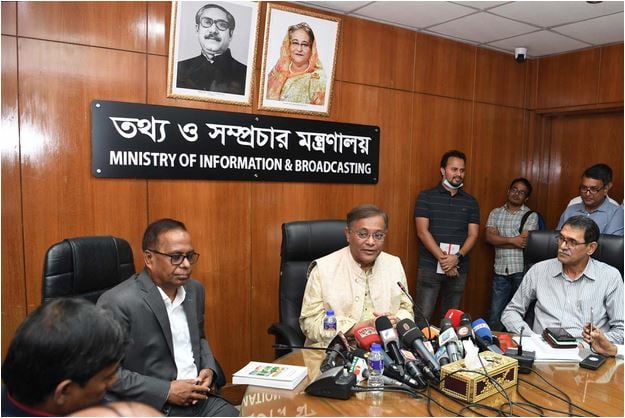 Information and Broadcasting Minister Dr Hasan Mahmud today said it is not comprehensible why BNP wants to create public sufferings through blocking one of the main roads of the capital in the name of holding rally on December 10.

Journalists are vocal against holding rallies by blocking streets, especially the main roads, and the people doesn’t want it too, he said while replying to a query from reporters at the meeting room of his ministry at Secretariat in the city.

Hasan said it is surprising that BNP wants to hold rally on the main road of Naya Paltan. It is one of the main roads of the capital and public sufferings must be created, he added.

He said there are many grounds, including Suhrawardy Udyan, trade fair ground in Purbachal and other grounds in the city. It is really not comprehensible why BNP wants to hold the rally on one of the main streets of the city, he added.

In fact, the minister said, it will create scopes of vandalism, looting shops and committing other terror activities. “And I don’t know whether they are doing this (rally) in that intention!” said Hasan, also Awami League joint general secretary.

Replying to another query, the minister said BNP violated the human rights extremely and the party was born undemocratically and through killings. BNP’s founder Ziaur Rahman had killed hundreds of soldiers without any trial, he added.

Even the executions were carried out first while the verdicts of trials were announced later, he said, adding these are documented and have evidences. Begum Khaleda Zia followed him (Zia) and the government of Begum Zia was involved in the brutal August 21 grenade attacks, killings of former finance minister Shah AMS Kibria, Ahsanullah Master and many others, including journalists, he added.

In reply to another query over the upcoming visit of Indian actress Nora Fatehi to Bangladesh, the minister said she is a famous actress and she will perform with the theme song of the upcoming Qatar World Cup. An organization wants to make a documentary through a programme in Bangladesh and the government gave the approval.

He said the National Board of Revenue (NBR) can serve notice on them to collect value added tax (VAT) and other taxes, but they (NBR) have no jurisdiction to stop the programme. The NBR has the jurisdiction to collect VAT and tax, he added.

Earlier, the minister unwrapped the cover of the book ‘Tourism of Bangladesh’ published by Department of Films and Publication (DFP).

In the programme, Hasan said Bangabandhu’s daughter Prime Minister Sheikh Hasina specially put emphasize on the country’s tourism sector. The publication will play a pivotal role in this regard, he added. 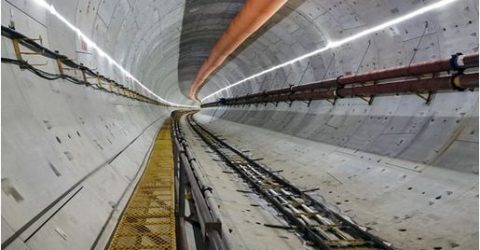 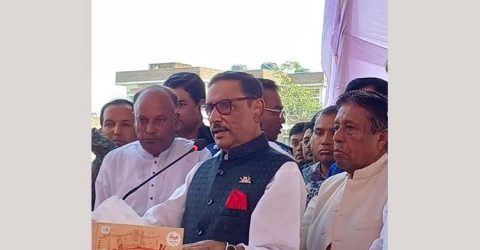 BNP will no more be allowed to ‘play with fire’: Quader
Latest