Bidya Sinha Mim has, of late, established herself as one of the most successful and busiest actresses in the Bangladeshi film industry, reports UNB.
Although Mim has multiple commercially successful films to her name, she has earned special accolades from moviegoers for her brilliant performance in the film ‘Poran’.
On Friday, the popular actress is appearing on the big screen yet again with her new film ‘Damal’, another Raihan Rafi directorial, based on the story of the Swadhin Bangla Football Team.
Written by eminent cultural personality Faridur Reza Sagar, ‘Damal’ is showcasing an ensemble cast of acclaimed artistes, including Siam Ahmed, Shariful Razz, Intekhab Dinar and Shahnaz Sumi, alongside the female lead Mim.
While speaking, Mim, visibly excited about her new film, shared her journey with ‘Damal’ and said that each new movie adds a different experience to her portfolio.
“My newest film ‘Damal’ portrays the story of a football team during the Liberation War of Bangladesh, and I appeared as a simple yet flamboyant village girl named Hasna. The experience was challenging like my every other film, and the audience will be the one to demonstrate whether my efforts were praiseworthy or not,” Mim said.
Speaking on ‘Poran’s overwhelming response, Mim said that she thinks the movie has brought her closer to the audience.
“The unbelievable amount of praise I received for ‘Poran’ from our beloved audience, has inspired me and increased my courage. The experience of houseful shows and ‘sold-out’ responses were totally new experiences.
“People even called me for the tickets of both ‘Poran’ and now ‘Damal,’ and these are really noteworthy for me as an actress, and I would request the audience to buy tickets in advance as tickets may run out this time as well,” Mim said.
About Damal, Mim said that the film will continue proving the fact that the current filmmakers are thinking differently and bringing a refreshingly new era to the country’s cinema industry.
Advance ticket sale of Damal has begun at many places in the country, including Dhaka. The number of regular shows has also increased in multiplexes.
Produced by Impress Telefilms, ‘Damal’ will be showcased on single screens and multiplexes across the country. All five branches of Star Cineplex in the capital are scheduled to run 16 shows on the first day, while a total of 17 shows are slated from second day onwards. 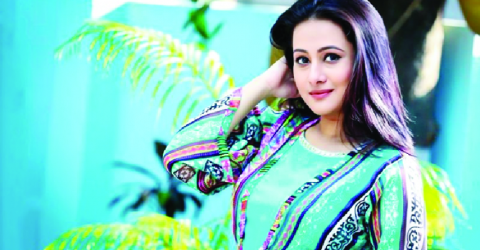