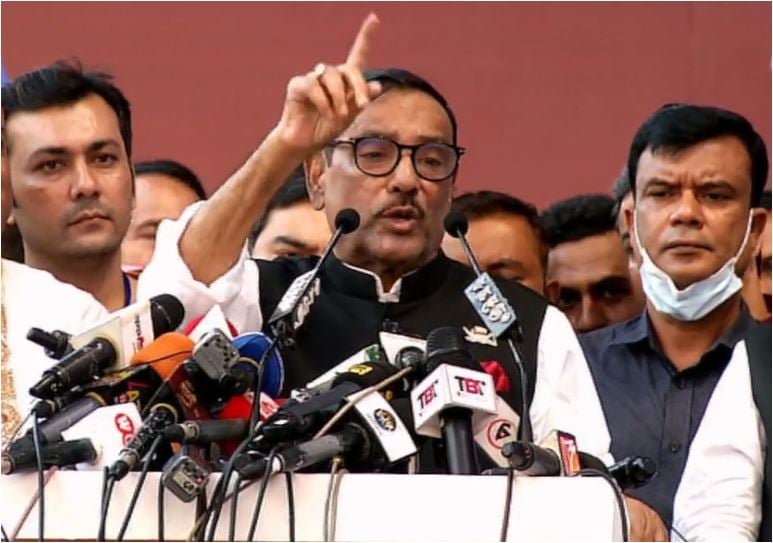 “What’s about Fakhrul Saheb? He is sleeping in the warehouse of money. Try to know how many people attended the Dhaka district council where our leader (Prime Minister Sheikh Hasina) was not present,” he said.

The ruling party general secretary said this while addressing the triennial council of the Dhaka district unit of AL at the old world trade fair ground in the city’s Sher-e-Bangla Nagar this afternoon.

Urging Mirza Fakhrul to see the pictures of today’s capital city turning into human sea marking the council, Quader said, “(Prime Minister) Sheikh Hasina will go to Poloround in Chattogram. We will gather 10 lakh people there”.

“We saw how many people joined BNP’s rally,” he said, adding that a drama is being staged centering BNP’s rally in Rangpur.

Marking the much anticipated council, AL leaders and activists were seen enthusiastic and they joining the event with processions from different units of the Dhaka district AL.

Thousands of party leaders and activists thronged the council ground much before the scheduled time.

They were seen chanting slogan favoring the ruling party leaders and government achievements with different kinds of banners and festoons imprinted with pictures of Father of the Nation Bangabandhu Sheikh Mujibur Rahman and Prime Minister Sheikh Hasina. 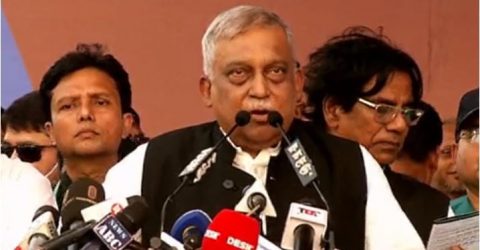 People will again vote for boat as they never do wrong: Home Minister 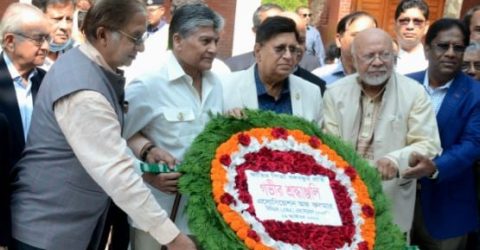