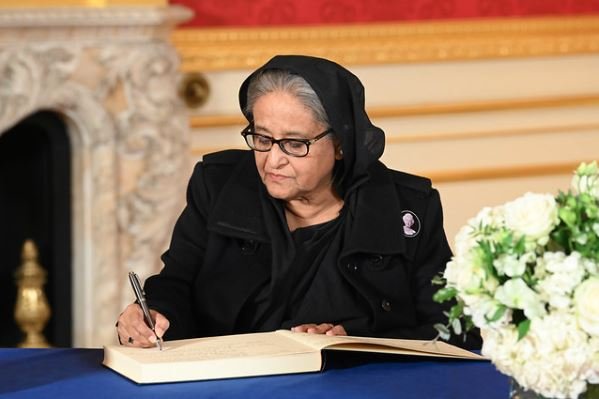 She paid respect to the late Queen at her lying-in-state in Westminster Hall and signed a book of condolence at Lancaster House.

Earlier on September 15, Sheikh Hasina arrived here in London on an official visit to the United Kingdom (UK) to attend the funeral of Queen Elizabeth II.

Bangladesh High Commissioner to the UK Saida Muna Tasneem while briefing the reporters said that in the morning the Prime Minister accompanying her younger sister Sheikh Rehana went to the Palace of Westminster to pay their last respect to the Queen.

Sheikh Hasina there observed one-minute silence as the mark of respect to the late Queen at the Westminster Hall of the Palace of Westminster where the body of Elizabeth II was kept lying-in-state.

On her arrival at the Westminster, representative of the British Speaker received the Bangladesh premier and her younger sister.

Later, they were taken to the Lancaster House where the condolence book was opened.

Sheikh Hasina there wrote her condolence message in Bengali. The Prime Minister wrote, “I am expressing deep condolence on behalf of the people of Bangladesh, my family and my younger sister Sheikh Rehana.”

After that, the Prime Minister was taken to another room where she paid  her tribute to the Queen in front of television.

The Prime Minister reminisced that she met the late Queen for eight or nine times and the Queen used to know her by her first name.

“She was a motherly figure to me, I lost someone like my mother,” she shared with the UK state Minister for Foreign Affairs.

Saida Muna Tasneem said that both the premier and her younger sister Sheikh Rehana saw the Queen in 1961 when she had visited the then East Pakistan (now Bangladesh).

Sheikh Hasina also said that the late Queen was like a global guardian and due to her death a vacuum has been created.

Bangladesh High Commissioner said, Sheikh Rehana, who is also a British citizen, wrote in the condolence book that “she is the queen of our hearts and will always remain.” 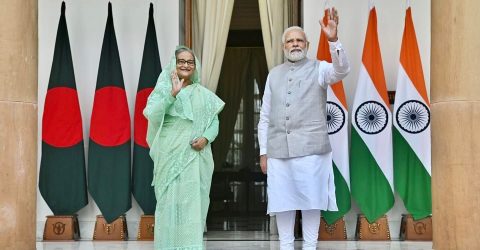 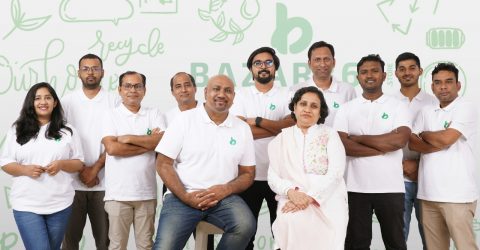