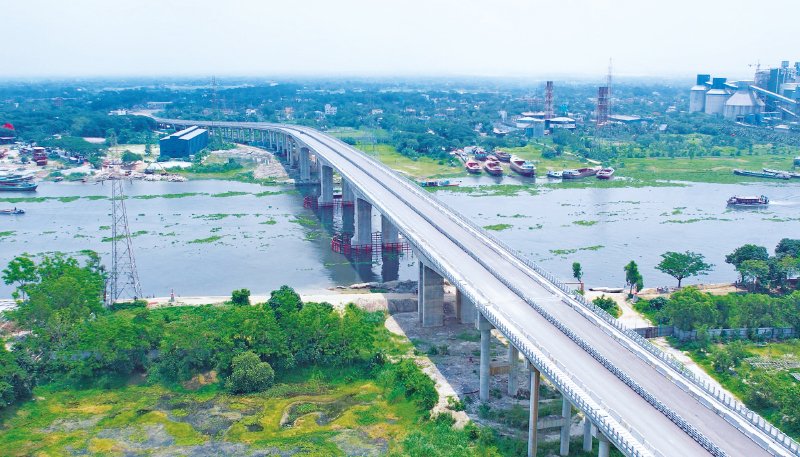 The six-lane 3rd Shitalakhya Bridge, which is expected to open by the end of this month end or first week of next month, will connect Narayanganj city with Bandar upazila, boosting economy, easing the communication between Chattogram and southwestern districts via Padma Bridge.

Once the 1.29 kilometer long bridge is opened, Chattogram region-bound vehicles from southwestern region and vice-versa will be able to bypass Narayanganj city to avoid traffic congestion and save times, project director of the bridge Shoaib Ahmed told BSS.

Country’s economy will get boosted up significantly after opening of the bridge as it will reduce the travel time of vehicles bound to and from southeastern part of the country, he said.

The people will get maximum benefit from the Padma Bridge once the new road network is built with the bridge, he also said.

As per the estimated time, the bridge was supposed to be opened to vehicles in December this year. But it will be inaugurated by the end of the current month or first week of next month, three months before the deadline as most of the works have already been completed, he added.

The bridge will connect Madanganaj of Bandar upazila on the east with Syedpur of Narayanganj Sadar upazila on the west. Now motor-run boats are key communication mode for the people of both sides of the river and other areas to cross it.

Talking to BSS, garment worker Tania, a resident of Madanganj said she has to come to Gudaraghat on foot every morning and cross the river by boat to reach her workplace.

Boats often collide with large ships causing death of passengers as plying of commercial ships has increased a lot in recent times, she said.

“Now it has become frightening for us to cross the river by boat. Fears multiply during monsoon. When the bridge will be opened, our movement will be easier and fearless,” she said.

Now, vehicles from southwestern region use Jatrabari route in Dhaka via Postogola Bridge to go to Chattogram region or use Chashara and Signboard route to reach their destinations, he said.

Though the project was approved in 2010 in the ECNEC, construction work started on January 28 in 2018.

The PD said 97 percent construction works of the bridge including two service lanes have been completed as only works of constructing approach road in east and west ends of the bridge and toll plaza are going on.

He said the bridge construction is estimated at a cost of Taka 608.56 crore as Taka 263.36 crore came from Bangladesh government fund and Taka 345.20 crore from Saudi Fund for Development (SFD).

The bridge with walkways has 38 spans – five in river and 33 in east and west ends. The width of the bridge along with walkways is 22.15 meters. Besides, six-lane toll plaza and 1.5 km long approach road is also being built.

Several thousands of people living in Bandar Upazila cross the river Shitalakhya by boat every day for work in Narayangonj and Munshigonj. Similarly, people from Narayangonj and Munshigonj also cross the river Shitalakhya by boat to come to Bandar or Sonargoan Upazila. The 3rd Shitalakhya Bridge at Bandar upazila, Narayanganj will establish direct road communication between Bandar upazila and the district head quarter. 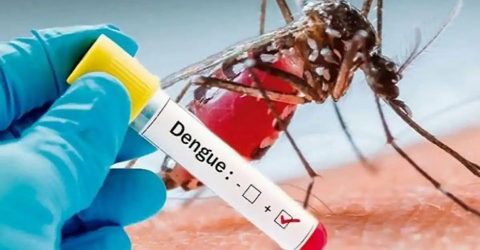 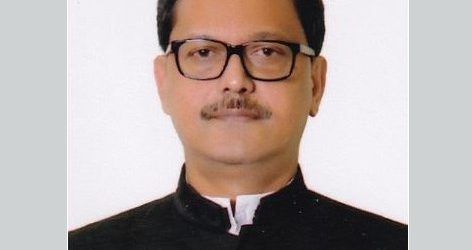