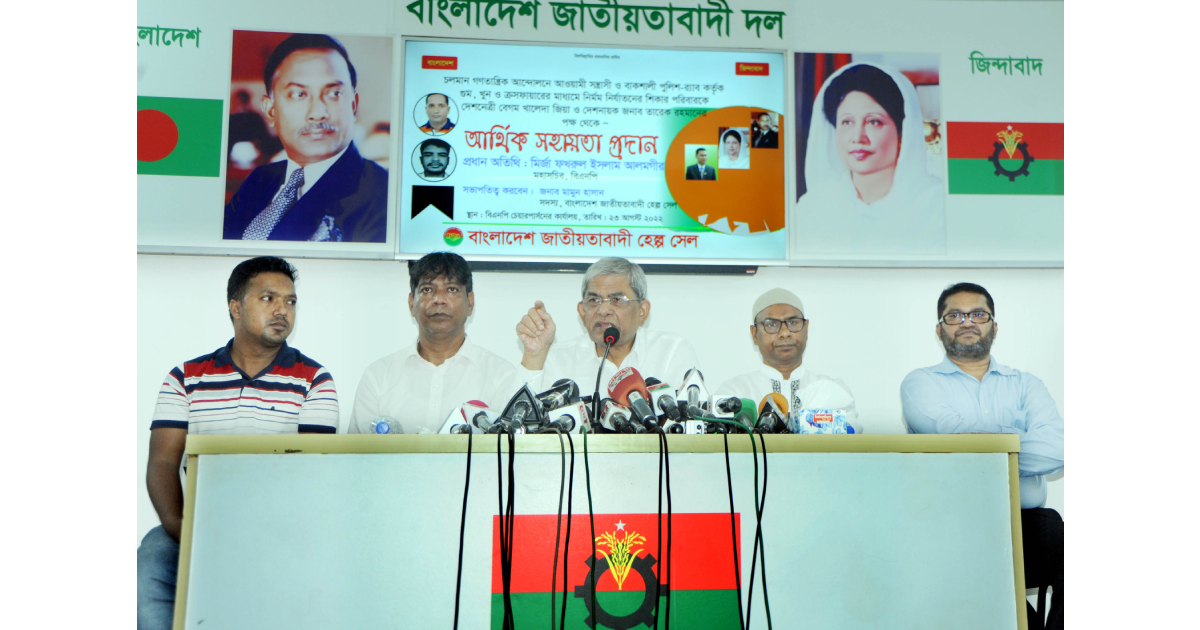 Stating that their party has initiated a fresh movement across the country, including at the rural level, BNP Secretary General Mirza Fakhrul Islam Alamgir on Tuesday said their party will not let the sacrifices of its slain leaders and the tears of their families go in vain.

“We launched a fresh movement up to village level across the country from yesterday (Monday) protesting the hike in the prices of fuel and daily essentials and ongoing load-shedding. People of the entire country are coming out on the streets with brig processions at almost every upazila and thana,” he said.

Speaking at a programme, the BNP leader alleged that the ruling party ‘cadres’ attacked their party leaders and activists in different areas of the country, including in Laxmipur and Barishal to thwart the movement.

“The problem of Awami League and (Sheikh) Hasina is that they can’t suppress BNP even after so much repression, killing and enforced disappearance. BNP is rising from debris like Phoenix birds. This is the biggest reason behind their anger and fear.”

Jatiyatabadi Help Cell arranged the programme at BNP Chairperson’s Gulshan office to provide financial assistance to the family members of some leaders and activists of the party and its associated bodies who were subjected to murder, enforced disappearance, extrajudicial killing and repression in the ongoing democratic movement.

On behalf of BNP chairperson Khaleda Zia and Acting Chairman Tarique Rahman, the relatives of 14 victims from Bhola, Feni, Netrakona and Chittagong, including the family members of Swechchasebak Dal leader Abdur Rahim and Jatiyatabadi Chhatra Dal leader Noor-e-Alam who were killed in police firing in Bhola recently, re received financial assistance at the event.

Fakhrul said no democracy-loving people have now security in Bangladesh.

“The children, wives, mothers, brothers and sisters of Noor-e-Alam and Abdur Rahim are sitting over there. We won’t let their tears go in vain. We must turn Bangladesh into a welfare state for people by removing the dreadful monstrous regime,” he said.

The BNP leader also promised that if BNP returns to power through a credible election, it will take all-out efforts to rehabilitate the family members of those who have been killed in the democratic movement and provide all necessary support to those who have been subjected to repression through the state mechanism.

Besides, he said their party has taken a decision to do everything possible to ensure that the families of Noor-e-Alam and Abdur Rahim can meet essential expenses for the rest of their lives.

Fakhrul said the party’s ailing chairperson Khaleda Zia has been kept under house arrest. “She was taken to a hospital yesterday (Monday) for medical tests. Doctors said it is very urgent to send her abroad for her treatment.  But the government is not allowing her to go.”

He said the government fears that if they allow Khaleda to go aboard and she recovers, they will not be able to face her.

“We have to wake up as we have no other alternative. We must establish a government of the people by ousting the monstrous regime through a movement,” the leader said.

He said many of their party leaders and activists were killed, tortured and made victims of enforced disappearance. “We the freedom fighters never imagine seeing such a Bangladesh.”

Referring to a recent report of Netra News on the horrific experiences of the enforced disappearance victims, the BNP leader said the intelligence agencies of the government pick up people and then repress them in their torture cell named ‘Ayana Ghar’.

“Our acting chairman Tariq Rahman himself said he was a victim of such torture. When he was arrested during the 1/11 political changeover he was brought to a torture cell in the name of remand. He was tortured there in a way that his spinal cord was broken,” he stated.

Fakhrul said the government brags about turning Bangladesh into Singapore and Malaysia and raising people’s per capita income to $2,800. “But the tea workers on a movement demanding an increase in their daily wages to Tk300 from Tk120, while around 42 per cent of people have gone below the poverty line and they can’t eat meals twice a day.”

Referring to the statement of a tea worker, he said, they eat a roti dipped in tea in the morning and another roti in the afternoon while some rice and pulses or vegetables at night.

“This is the condition of our workers even after 50 years of independence. Even though, they (govt) say we don’t see their development. “You people belonging to Awami League have made your own pockets heavier by taking money from people’s pockets and have become rich and prosperous,” the BNP leader observed. 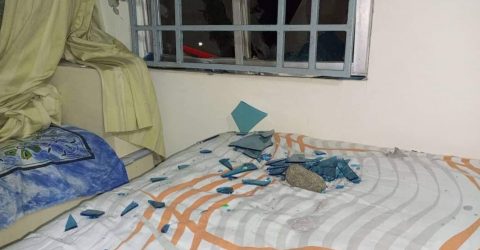 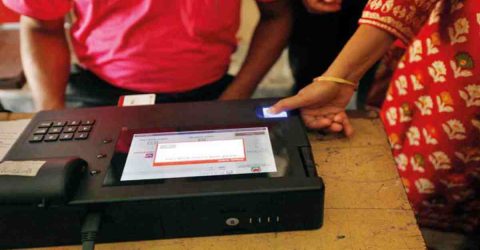 EVMs to be used in maximum 150 constituencies in next national polls: EC
Latest