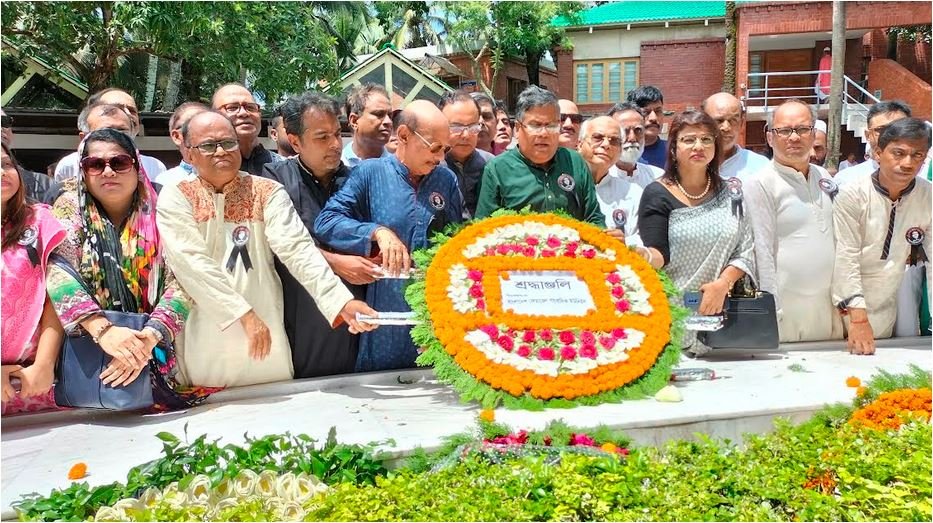 Senior journalists and different journalist organizations today paid rich tributes to Father of the Nation Bangabandhu Sheikh Mujibur Rahman by placing wreaths at his mausoleum at Tungipara in Gopalganj.

He stood in solemn silence for some time as a mark of profound respect to the memory of the Father of the Nation.

Later, he offered doa seeking eternal peace of the departed souls of Bangabandhu and other martyrs who had to embrace martyrdom on the fateful
night of August 15, 1975.

Earlier, Abul Kalam Azad along with the former leaders of BFUJ-Bangladesh Federal Union Journalists and Dhaka Union of Journalists (DUJ) paid tributes to Bangabandhu by placing wreaths at his mausoleum.

Leaders of BFUJ-Bangladesh Federal Union of Journalists led by its president Omar Faruque and secretary general Dip Azad paid rich tributes to Bangabandhu by placing a wreath at his mausoleum.

Later, they offered doa seeking eternal peace of the departed souls of Bangabandhu and other martyrs of August 15, 1975. 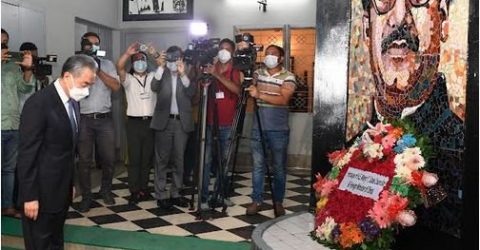