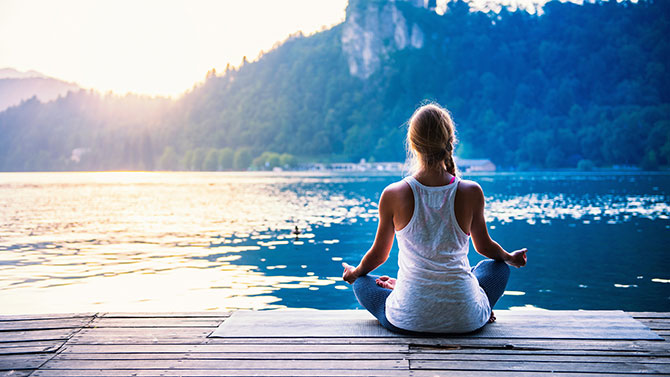 Traditional method of curing a disorder is usually to take medication. In case of brain disorders like attention deficit, addiction, or depression, medication although helps patients to reduce the chronic symptoms, but it does not cure mental disorders. Then there arises the need for the second effective option. Meditation, as an alternative therapy, has been used for many centuries. However recently, neuroscience has turned rigorously towards meditation because of its impact on brain structures and functions. Brain scans and modern imaging techniques have enabled neuroscience researchers and medical professionals to look at how meditation alters brain structure.

A paper published online named Neurobiology of Spirituality elucidates that frontal and parietal cortices are the areas, most activated during the activity of meditation. The study also highlights the involvement of neurotransmitter changes because of meditation that mitigate the symptoms of anxiety, depression and tension. Meditation is a way to connect deeper with one’s spirituality. Spirituality generates hope and positive emotions which in turn assist in psychological recovery. Meditation requires intense focus on the present moment, due to which prefrontal cortex and cingulated gyrus are activated. Moreover, concentrated attention thwarts off the negative thought patterns and past guilts as well as stabilizes emotional health. The thoughts of self-awareness and life perception form in medial prefrontal cortex and posterior cingulate gyrus. Such insightful thought patterns assist in the recognition of something larger than oneself or The Divine Being.

Chemical changes also take place in the brain due to meditation. A 2002 study Increased dopamine tone during meditation-induced change of consciousness conducted by Kjaer and fellows, highlights that cortical and sub-cortical interactions facilitate 65% increase in the release of dopamine. Stress hormone ‘cortisol’ also subsides. Further chemical changes include increased serotonin, decreased noradrenalin, increased amino acid neurotransmitters and increased plasma melatonin. Hence, spiritual practices like meditation can have antidepressant effects on the brain as dopamine and serotonin levels go up and cortisol level goes down.

Spirituality has most often been associated with religion. However, modern times haves detached spirituality from religion. It is linked with modern meditational practices such as transcendental meditation, focused meditation, mindfulness meditation. An articleBiological mechanism study of meditation and its application in mental disorders published online elucidates that mediation practices “can change brain structure, adjust brain function, reconstruct brain networks and preserve the homeostasis of the autonomic nervous system (ANS)”. The study further portends that “practicing meditation can induce continuous changes of brain structure in eight regions: including frontal cortex related to metacognition, sensory cortex and insula connected with body consciousness, hippocampus linked to memory process, the anterior and medial cingulate cortex as well as orbitofrontal cortex relevant to self-awareness and emotion regulation and the upper longitudinal bundle and corpus callosum involved in cerebral intrahemisphere and interhemisphere communication”. Study elucidates the future adjuncts of meditation therapy as being effective in curing attention deficit disorder (ADD) and post traumatic stress disorder (PTSD). Moreover, meditation is said to be “efficacious in the acute and subacute phase of treatment of depressive disorders”. Additionally, study explains that substance related and addictive disorders such as tobacco, cannabis and excessive use of alcohol can be mitigated through meditation as it helps in controlling cravings and alleviating anxiety and depression. 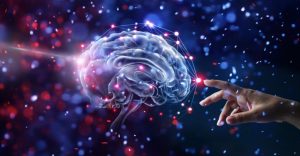 Meditation as a way to focus and rein the wandering thoughts has additional impacts on brain also. It not only brings attention back to the present moment or the breathing, according to chosen meditation practice, but also reduces stress, worry, tension and anxiety. According to an article published online, written by Lela Moore, meditation lowers blood pressure, reduces stress and anxiety, controls pain, enhances attention and memory, and elevates self esteem. Neurophysical changes of meditation effect gray matter, prefrontal cortex, amygdala and hippocampus of the brain. A study published in journal Psychiatry Research found out that consistent training of mindfulness-meditation till 8 months thickens the grey matter of the brain that means, increased memory, improvement in executive decision-making and emotional stability is achieved;moreover, volume of amygdala is decreased meaning lower stress and anxiety levels. Thus, consistent practice of mindfulness meditation does have the ability to mitigate symptoms of stress and depression.

People with specific mental health disorders can benefit from meditation. Although it cannot cure 100% or cure everybody but it does lessen chronic symptoms. Joseph Wielgosz, a postdoctoral research fellow at the Veterans Affairs Palo Alto Health Care System and Stanford University uncovers the advantages of meditation in the following words: “We now have a lot of evidence that mindfulness meditation is helpful for a range of different conditions, including depression, anxiety, substance problems and chronic pain”, and  that, “depression is a condition where we not only have evidence that mindfulness meditation is effective for treatment, but we have some significant evidence as to why it works.” Repetitive negative thoughts in the brain can produce depression symptoms among subjects. Meditation works to bring drifting thoughts back to the present moment. As there are many gates yet to open, research scholars like Akshat Jain   working in the field of neuroscience at IIT Delhi

To summarize, meditation is not just a way to connect to inner self, but also to cure mental disorders such as anxiety, stress disorders, repetitive negative thinking, and attention disorders. It changes the structure of the brain and thus the function also changes. Low to negligible activity in prefrontal cortex, a part of the brain involved in complex information processing, provides it with necessary respite from constant working. During meditation, the brain is compelled not to think anything except observing the present moments, one’s breathing, surroundings, and smells. Moreover, relaxation hormones such as dopamine and serotonin increase in level and stress hormone cortisol decreases. Just like exercise keeps one physically fit, meditation is mental exercise that keeps one mentally fit. Although meditation does not eradicate the mental disorders but is able to lessen chronic symptoms of mental disorders. Richard Davidson, founder of the Center for Healthy Minds at the University of Wisconsin-Madison, articulates about meditation in such words, “Think of it as a form of personal mental hygiene — almost like tooth brushing.” As a result, meditation can be an effective gateway to remove mental waste material present eitherin the form of thoughts or any specific disorders, and clear the brain in order to see clearly.

“This article has been written by Akshat Jain, Research Scholar, Indian Institute of Technology Delhi. Scholar is a graduate from BITS Pilani and pursuing his research studies in the field of Psychology and Neuroscience” 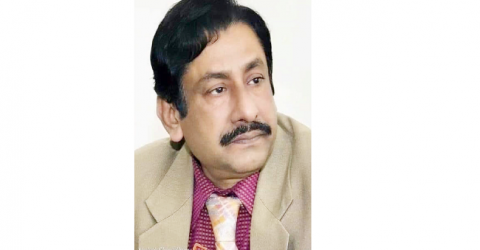