‘Good to be back’: Hugs and tears as Tonga reopens borders

FUA’AMOTU: Families embraced and cried tears of joy Monday as they reunited at Tonga’s airport-the inaugural arrivals to the Pacific nation after it lifted Covid restrictions for the first time since the pandemic struck, reports BSS.
After Tonga shut its borders in March 2020, the government had tightly controlled a select list of people who were approved to fly into the kingdom leaving over 3,000 Tongans stuck overseas.
But with restrictions lifted, Monday’s first batch of tourists and returning Tongans-greeted with colourful garlands and serenaded by a band at the Fua’amotu International Airport-will not have to undergo quarantine.
The first plane to land was an Air New Zealand flight from Auckland carrying around 200 passengers.
“It’s good to be back,” said ‘Etu Palu, eager to see family again with his mother Finau Palu, who said it was “good to visit the motherland!”
Another passenger, Siosaia Filikitonga, said this was his first visit to Tonga in more than two years because of the pandemic.
Amid the reunions, Sione Moala Mafi, CEO of Tonga’s Ministry of Tourism, said the visitors bring an important boost to the Pacific Kingdom’s economy.
“I’m so glad that the border’s open and that facilitates the travel between Tonga and the outside world, especially, New Zealand,” he said.
“I can see there are a lot of foreign visitors are arriving on the flight as well as Tongans.”
More flights, one from New Zealand and one from Australia, are expected later this week with planes from Fiji also due Tuesday and Saturday.
“We are happy to welcome them,” Moala Mafi added.
Despite its reopening, Tonga is taking a cautious staged approach by limiting the number of incoming flights this month under a framework announced by the Prime Minister’s Office on July 22.
They will review the number of flights and cruise ships for September and October, and all incoming passengers must be vaccinated and have negative COVID-19 tests before departure and three to five days after arrival.
Currently the government’s National Emergency Management Committee has set the current level to “orange”, but Moala Mafi said it looks like “we are progressing towards” going “green”.
“Orange now and it has to be reviewed at the end of this month,” he said.
So far, yachts and super yachts are not included in the border re-opening, much to the frustration of tourism operators, who say July, with its fantastic weather, is the peak season in Tonga.
“I’ve got 20 boats sitting in Tahiti that want to come to Tonga. Big boats, I’m not talking about little yachts, because they won’t let the yachts come back in here and I don’t know why,” said David Hunt, owner of Super Yacht Services Tonga.
He was waiting at the airport to meet a yacht owner who had not seen his yacht moored in Vava’u-one of Tonga’s islands-for over three years. “Before the pandemic, we were averaging about 30 to 35 yachts a year between operators, but it could be much more this year,” he said.
“They’ve got all these boats coming down to the Pacific they don’t want to be in Ukraine, in the Mediterranean.”
Moala Mafi said the government is still undecided on yachts in Tongan waters.
“We are still finalising the policy framework for the cruise ships,” he said.
“We don’t forget them, but they are in the pipeline.” Eurozone unemployment holds stable at historic low. 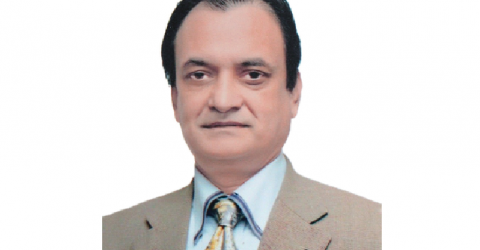