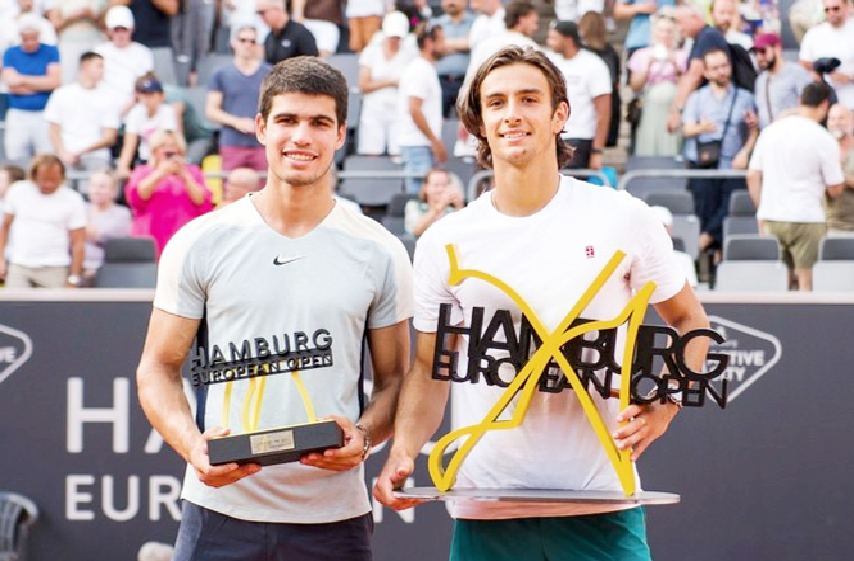 SPORTS DESK
Lorenzo Musetti needed six match points Sunday to upset top-seeded Carlos Alcaraz 6-4, 6-7 (6), 6-4 in the final of the Hamburg European Open, reports UNB.
The 20-year-old Italian claimed his first tour-level title in 2 hours, 47 minutes.
Alcaraz was aiming to improve his 5-0 record in finals and was also chasing his fifth title this year alone after wins in Madrid, Barcelona, Miami and Rio de Janeiro.
The 19-year-old Spaniard fought back from 5-3 down in the second set and saved five match points to take the Hamburg final to a third set.
But Musetti didn’t fold and the 62nd-ranked player from Carrara, Italy, finally took his chance at the sixth time of asking.
American Bernarda Pera beat top-seeded Anett Kontaveit to win the women’s final on Saturday.
Meanwhile, Irina-Camelia Begu beat Lucia Bronzetti 6-2, 6-2 to win the Palermo Ladies Open on Sunday and claim her first singles title in five years.
The sixth-seeded Romanian took control from the start on the red clay of the Country Time Club and closed the final out with an ace on her first match point.
“This place is special for me because part of my family lives here,” Begu said.
It was the fifth singles title of Begu’s career, having also won nine doubles titles.
Begu reached the fourth round at this year’s French Open in singles.
The 78th-ranked Bronzetti was playing in her first tour-level final. 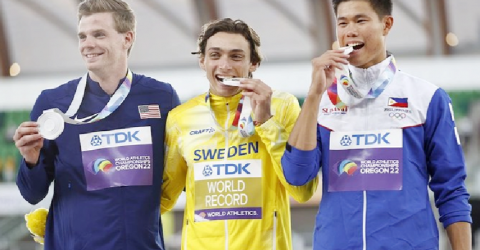