For many years, government’s transport strategy has largely focused on the road sector – with 85% of the annual transport development budget allocated to roads. Donor support broadly mirrored this pattern of emphasis. Bangladesh Railway (BR) received very little capital investment, because most of the available government funding went to underwriting its losses on operations and passenger services. With dilapidated infrastructure and rolling stock, and associated poor staff morale, it is no wonder that railways has lost share to road transport.
A rapidly growing economy – projections are for 6-7% growth annually – needs an efficient and effective transport system. The transport system needs to be more balanced across different modes than presently with less relative emphasis on roads. First, expanding roads requires large scale land acquisition, a major constraint in Bangladesh; land acquisition often implies resettlement, another costly and difficult proposition in a land-scarce densely inhabited country like Bangladesh.
Second , road safety is already a major concern in Bangladesh. Eight to ten persons die every day in road accidents, and traffic and road-related accidents are the tenth largest cause of disability and death in Bangladesh. Railways are much safer, and are not associated with such collateral damage. Third, road transport has major environmental ‘externalities’, as we, living in Dhaka, know. In Manila, a city as polluted as Dhaka, a study found that lead and other vehicle-related pollutants caused irreversible brain damage to children under age 2, causing a five point reduction in their IQ, and reducing their educational attainments and their productivity and incomes in later adult work.
Railways, by contrast, can be expanded with little land acquisition, and is more environmentally sustainable. It saves on energy and generates less pollution. In densely used corridors, railways could provide an efficient passenger transport system; on the Dhaka-Chittagong corridor, rail transports freight containers much more efficiently than trucks. Currently, Bangladesh Railways carries only 10% of the containers coming to Chittagong. Better management practices could easily increase this.
For Bangladesh Railways to better support the economy, a major modernization will be needed, calling for the coordinated effort of government, railways management and labour, and donor partners. Major investments will be needed, in tandem with reforms to improve BR’s organizational structure and management practices, supported by a revamped policy environment for railways.
The step motherly treatment so far received by railways from the policy makers needs to change and at the fastest. Policy makers must realize that investment in railway’s efficiency can be more paying in the long run than investments in the road sector. With such a change of attitude railways will sooner than later reflect that humans and cargoes can be moved faster and more efficiently and cheaply through a railway based transportation system as a whole. The major hubs of railway concentration will need to be connected to shorter road links for the overall greater efficiency of the transportation system as a whole. 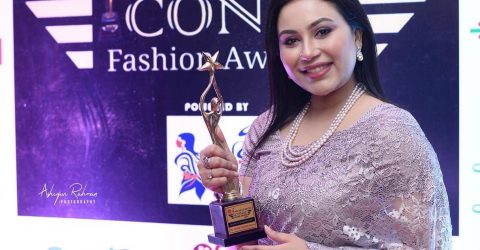