Floods in the northeast throw over 4.55 lakh students in Sylhet div into uncertainty 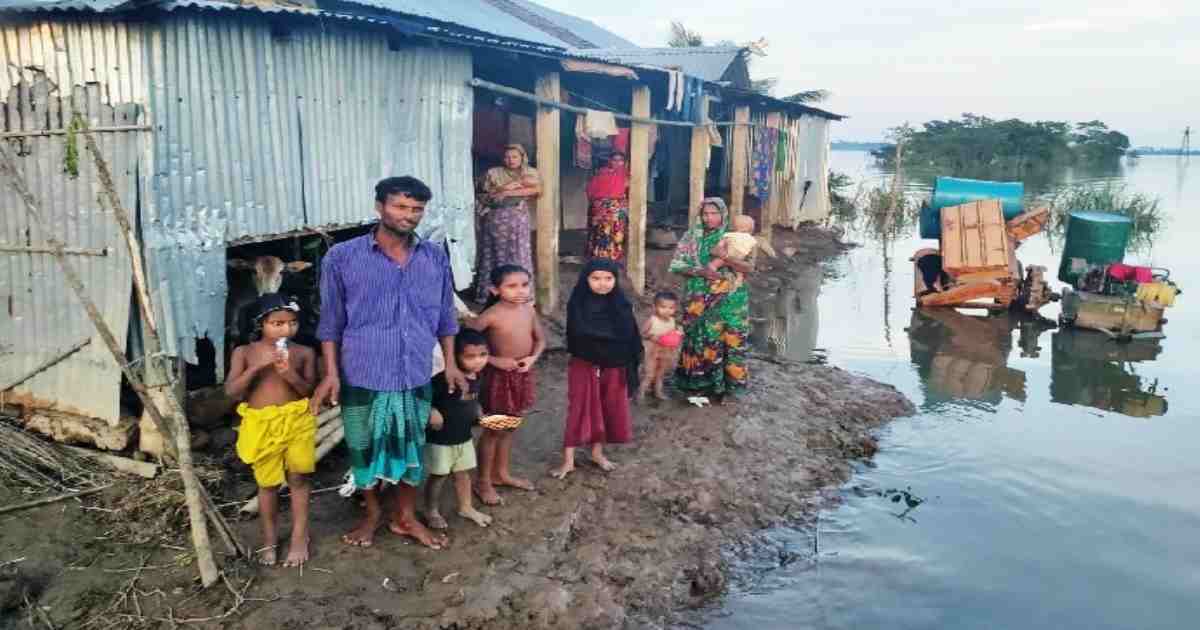 The monsoon floods that ravaged the Sylhet region have turned the studies of over 4.55 students in 1522 institutions uncertain as they lost their books and educational materials amid no sign of immediate reopening of their classes.

The authorities are compiling a report on the extent of damages caused by the worst floods to hit the region in living memory this month, according to Prof Shahedul Khabir Chwodhury, director of Department of Secondary and Higher Education (DSHE), Sylhet.

Reports received from the evaluation wing of DSHE, 100 educational institutions in the flood-hit upazilas under Sylhet division can be operated fully while 100 can reopen partially.

Besides, over 500 educational institutions remained closed in the flood-hit areas while 450 others are still used as shelter homes for flood victims, Shahedul said.

He said the text books of many students have been washed away in the flood-affected areas.

The examinees of Secondary School Examination (SSC) examinations are worried about sitting for the exams as flood waters damaged their books.

Tofazzal Hossain, a student of Salutikor High School in Sadar upazila, said “My books were washed away by the flood water and I have failed to collect replacement from the local school as they have no extra copies.”

Shihab Ahmed, a class VII student and resident of Rayergaon area of Sadar upazila, said “Flood water entered into our houses on June 17 and I am yet to collect new books and copies. When we returned home on June 24 and I found all of my books and copies damaged.”

About 80 per cent areas in Sylhet districts were flooded while over 21 lakh people got stranded in the second wave of the deluge on June 15.

Abdul Mannan Khan, director of the Department of Secondary and Higher Education (DSHE), Sylhet said directives have already been given to make a list of affected students and books will be provided following the list.

He also urged the students to manage their books from their friends if possible.

Pratul Chandra, Primary Education Officer of Goainghat upazila, said 50 per cent books, which were kept in stock, have been damaged.

“The educational institutions in the upazila will be reopened after Eid-ul-Azha in the second week of July. Steps will be taken after assessing the extent of damage of the institutions after their reopening,” he said.

In another development floods claimed three more lives in different parts of the country in 24 hours till Tuesday morning, raising the total fatalities to 87.

Among the deceased, 61 people have died by drowning and two from snake bites, one from diarrhoea,14 from lightning strike and nine of other reasons.

The total deaths were recorded from May 17 to June 28. 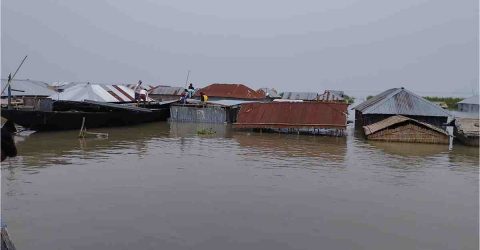 Another spell of flood looms over northeastern region
Latest