DHAKA : The government today approved a total of 10 projects with an overall estimated cost of Taka 2,216.75 crore, including one to widen the Cox’s Bazar-Teknaf Marine Drive Road with Taka 1,092.35 crore, aimed at flourishing tourism industry and improving socio-economic conditions there.
The approval came from a meeting of the Executive Committee of the National Economic Council (ECNEC) held today with its Chairperson and Prime Minister Sheikh Hasina in the chair.
The premier joined the meeting virtually from her official residence Ganobhaban while ministers, state ministers, planning commission members and secretaries concerned attended the meeting from the NEC Conference Room in the city’s Sher-e-Bangla Nagar area.
Briefing reporters after the meeting, Planning Minister MA Mannan informed that a total of 10 projects were approved today involving an overall estimated cost of Taka 2,216.75 crore.
“Of the total project cost, Taka 1,875.57 crore will come from the government of Bangladesh portion while the rest of Taka 341.18 crore as project assistance,” he said.
Out of the approved 10 projects, six are new while four others are revised projects.
State Minister for Planning Dr Shamsul Alam was present at the briefing.
Revealing some of the directives of the premier given in the meeting, the planning minister said the Prime Minister asked the authorities concerned to construct elevated roads, bridges or culverts instead of reconstructing the flood-affected roads at those points which were damaged or cut to drain out flood water in Sylhet region.
The Prime Minister also emphasized on construction of bridges and culverts instead of roads in Haor and flood-affected areas to avert flood water stagnation.
“Special projects will be undertaken for rehabilitation of the flood victims of the Sylhet region,” said Mannan.
Sheikh Hasina also directed the authorities concerned to find out the places where the construction of underpasses and overpasses is needed.
According to the Planning Commission, the Cox’s Bazar-Teknaf Marine Drive Road Widening (1.60th KM-32th KM) Project will be implemented with Taka 1092.35 crore from July 2022 to June 2025.
The main objectives of the road widening project are to establish a safe communication system, develop the tourism industry and improve the socio-economic conditions of the local people through widening some 30 kilometers of the marine drive road and upgradation of a two-lane 305-meter bridge over Reju Khal.
The major project operations include acquisition of some 113.25 acres of lands, 7.24 lakh cubic meter of earth-filing, installation of 608 CCTV cameras and straightening 0.32 km flexible pavement bend.
Referring to the approval of a project related to expansion of improved variety and technology of spices with Taka 119.50 crore, Mannan said that the domestic and global demand for spices is growing day by day while its market price is also higher than other crops.
He informed that currently the domestic market of spices in the country is Taka 30,000 crore while some seven types of spices are being produced in the country although 50 types of spices are being consumed. 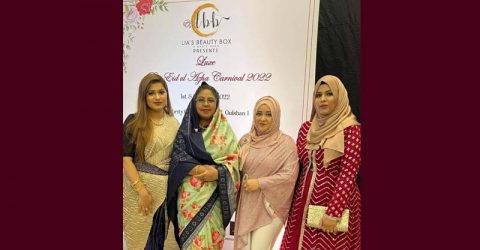