These are not the best of days to be a Russian cat. On March 3 the International Feline Federation decided to ban all Russian cats from participating in international feline exhibitions. When asked for the reason for this exclusion, federation officials explained that faced with the invasion of Ukraine by President Vladimir Putin they could not “do nothing.” So they did “something.”
The next to jump into the fray was the All England Lawn Tennis Association. In April, the association proceeded to ban Russian athletes from playing at Wimbledon. The reason given for this prohibition was that the presence of Russian tennis players would “benefit Russian propaganda.”
How this propaganda would benefit from the presence of players, many of whom actually live outside Russia and all of whom play in a personal capacity, was left unexplained, and for good reason, too: The motivation for the ban was purely political.
The same appears to apply to the current hunt for oligarchs.
It is a given that any individual who breaks the law should be prosecuted and, if found guilty, sentenced appropriately. This in turn invites the question as to why the “oligarchs,” if some have indeed broken the law, were not prosecuted earlier, which leads to another question: If they are prosecuted, is it because they stand accused of having broken the law, or do they stand accused of breaking the law because they allegedly are supporters, and hence accomplices, of President Putin ?
While drawing a distinction between genuine acts of substantive support and idle posturing is fraught with complexities, the same applies to trying to draw possible parallels from what might appear to be comparable situations.
On December 20, 1989, the United States invaded Panama to remove its president, General Manuel Noriega, a notorious drug dealer and former asset of the US Central Intelligence Agency. The operation resulted in 23 American casualties and lasted five weeks before a new government was sworn in.
Being a flagrant invasion of a UN member state, it was condemned not only by the Organization of American States and the Council of Europe but also by the UN General Assembly by a vote of 75-20 with 40 abstentions. A similar condemnation by the Security Council was vetoed by the US and the UK. Ultimately the invasion caused no ripples internationally and met, if anything, with local popular support.
In March 2003, the United States, supported by token contingents of British, Australian and Polish troops, invaded Iraq. The evidence presented by Washington to justify the invasion, namely the need to neutralize Saddam Hussein’s weapons of mass destruction, was totally fabricated. There were no such weapons.
Likewise, attempts by Washington to obtain UN Security Council endorsement met with failure. This marked the operation as a clear violation of international law and at best, as defined by a member of US president George W Bush’s administration, “illegal but justified.”
While the international reaction to the invasion was somewhat less muted than in the case of Panama, it remained within the realm of the symbolic. There was no widespread condemnation and even less talk of sanctions. Ultimately, for the international community in general and for the Arab world specifically, Iraq proved a peripheral issue. There was no great sympathy for Saddam Hussein, the economic impact of the invasion was negligible, and civilian losses were in essence ignored by a Western media apparatus that did not look much beyond the Arab-Israeli conflict.
Ukraine proved the reverse of what happened in Iraq. Granted the rationale for Russia’s invasion proved as flimsy as the one presented by Washington to justify its invasion of Iraq, but that ultimately proved irrelevant. What proved otherwise were the two main components of the crisis.
The first was the unexpected resistance put up by the Ukrainians. It is obvious that if a lightning strike by Putin on Kiev had succeeded in a matter of days in putting in place a pro-Russian government, events would have followed a far different course. What no one, included Washington, had factored into the equation was the resistance put up by the Ukrainians in the first days of the invasion.
The 30 years between the collapse of the Soviet Union and Putin’s invasion had seen the emergence of a new generation of Ukrainians who were in essence Western-oriented and had little affinity for their Russian cultural past. The end result was that the invasion unleashed among the Ukrainians a sense of national identity that until then had been dormant.
For Washington, which the day after the invasion had offered asylum to President Volodymyr Zelensky, it proved a godsend.
From the Chinese Civil War to the war in Vietnam to Afghanistan – with the exception of the first Afghan war – the United States had systematically armed and supported the losing side, albeit one that lacked the will to fight. Now, the tables were turned. For once the United States had an ally to support who lacked weapons but not the will to fight.
By depriving Putin of the benefit of a quick outcome, Ukrainian resistance provided the space for a new dynamic to coalesce. Literally overnight the North Atlantic Treaty Organization was revived and the Europeans were jolted into taking a common stand against an enemy that many felt had waned with the end of the Cold War.
Besides the subsidiary issue of a failed attempt by Putin to impose “regime change” in Ukraine, the crisis centered on the second question, namely as to whether in a post-World War II environment force is an acceptable means to redraw national borders – a question that holds no easy answer.
In 1973, after a series of internal disturbances, India annexed Sikkim, to the complete indifference of the international community.

Alexander Casella PhD has taught and worked as a journalist for the likes of Le Monde, The Times, The New York Times, Die Zeit, The Guardian, and Swiss radio and TV, writing primarily on China and Vietnam.

Bipartisan politics is the imperative 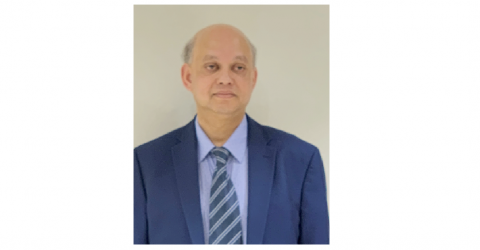