Money at risk in fraudulent organisations

A newspaper reported on the activities of two so called non government organisations (NGOs) at Lakshimpur in the Noakhali district which vanished after receiving about Taka one crore from unsuspecting depositors. Members of these organisations who came to them for depositing their weekly savings, found that the offices have completely disappeared and not even the signboards existed.
This was not for the first time that people had to suffer at the hands of such fraudulent organisations. It appears that there are institutions, many in number in the country, which have created a vast informal money market. These bodies are drawing deposits from people and lending them to business organisations and individuals in the same manner as the banks do with the only difference being their not having the legal sanction for their operations. However, such illegality has not prevented them from drawing substantial deposits and the number of depositors in them are rising as government took steps to lower interest rates on its own saving schemes and the banks also lowered their interest rate on savings accounts. These organisations pretending to be like banks, could attract huge sums to them as deposits from people with the lure of giving relatively higher interests against such deposits. Only they know not that at some point of time like the depositors at Lakshmipur, they run the high risk of getting deceived and cheated and becoming financially ruined from the same.
Apart from the illegality of such bank like organisations, what is very objectionable about the carefree functioning of such bodies is the high risk to which they are exposing their clients. Pensioners, middle and low income savers who are keeping their resources in such organisations particularly stand to lose ‘all’ if the government either decides to take drastic appropriate actions against the illegal banking activities of these fraudulent organisations or if these bodies themselves close down from their own deficiencies or to fulfil their fraudulent designs.
Some of them are known to be on the verge of sudden closure although their ordinary clients are not aware of such a fate. In these cases, these organisations or cooperatives as some of them are also called, are facing a situation with their classified loan burden no less formidable than the one faced by the regular commercial banks. Thus, if one bad morning, if the clients of such a large organisation are startled by the news that it has closed shop, then they same may create some awareness about these organisations among people and they may rethink their decisions to keep their money in them. But before the occurrence of one such traumatic incident or incidents, the government has a duty to warn people adequately in time about the dangerous gamble of saving in such bodies. It is imperative that people should be warned not to keep their monies in such fraudulent organisations through regular publicities in the mass media.
The government also should engage in regulatory activities with no loss of time to oblige these organisations to pay heed to rules. The government’s moves may lead to many of them turning into full fledged authorised banks from their moves to adhere to regulations to be able to remain in business. The government is unlikely to admit any liability on its own in respect of depositors’ funds arising from the auto closure or ordered closure or just the disappearance of these organisations like in Laksmipur . The least it can do is remove the illusion that people have about the legality and sustainability of these organisations.

The Tories’ Brexit obsession has no future in a changing Britain. They just won’t admit it 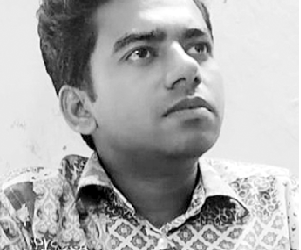