Hard thinkers of the Bangladesh’s economic situation have calculated that this country can fairly soon reduce much further its dependence on foreign aid and carry out its developmental activities entirely by its own efforts by relying on its own strengths. Policies to this end are needed and these can be of the type of ‘helping people to help themselves’. The main aim should be exporting in increased number our best ready resource which is the abundant supply of manpower.
The greater amounts of remitted foreign currencies can further significantly boost up the country’s foreign exchange reserve which in turn will strengthen its import operations in support of economy expanding activities or for undertaking developmental projects. The remittances will help the families of expatriate workers to fast climb out of poor standards of living to a better one.
It was estimated that remittances can double or treble within a short period of time frame to fulfill the above vision if only a comprehensive policy is put into operation. Numerous potential workers are there who cannot go abroad due to some constraints. In many cases, they are unskilled and there is little demand for unskilled workers. Besides, it is not desirable also to send out unskilled workers as their wages are always found substantially lower than skilled workers. Thus, the government can play a very useful role by providing training opportunities in diverse areas. It can set up many skill training centres throughout the country at its own cost to facilitate the enrolment of large number of people in them.
The establishment of such institutions ought to be looked upon essentially as a form of investment from which to get a great deal of more returns in the longer run than the expenditures involved in building and running them.
Admission seekers should be admitted free of charge at these skill training centres on the condition that they would pay back for their training costs once they get employment. Neither the trainer nor the trainee stands to lose anything from such an arrangement. But the value of it would be the fastest creation of an ever growing body of trained people for the country’s own use and overseas markets. It will enable the sending out of not only a greater number of people than now, the greater number plus their status in the skilled category will mean higher total amount of remittance flow.
Finance is a formidable barrier faced by people in going abroad. So many cases are noted in which desperate people sell off their last valuable possessions to raise the fees of private manpower exporters. The need for such risky steps discourage many from even considering going abroad. Here the government can play a very useful role by asking the country’s nationalised commercial banks to extend collateral free loans to persons wanting to go abroad on terms and conditions that the loans would be progressively repaid with nominal interest after they reach their destinations of employment abroad.
Government presently is helping people through the NRB Bank to raise the money to go abroad. It should be explored whether more banks and financial institution can be persuaded to adopt such a role. In that case, the total number of people going abroad with jobs will increase significantly in a short period of time and the total amount of remittance sent by these people can be a very positive development for the economy. Remittance greatly increase welfare of people by supplementing budgets of
the recipient households, providing the foreign exchange needed for financing imports related to domestic consumption and investment, and deepening the deposit base as well as the income sources of the domestic banking system. 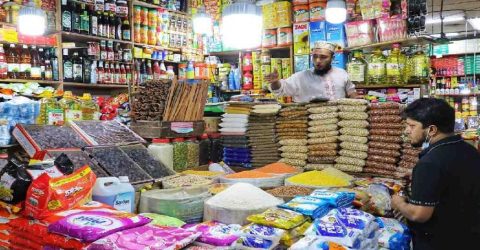 Not only edible oil, prices of other commodities soaring too