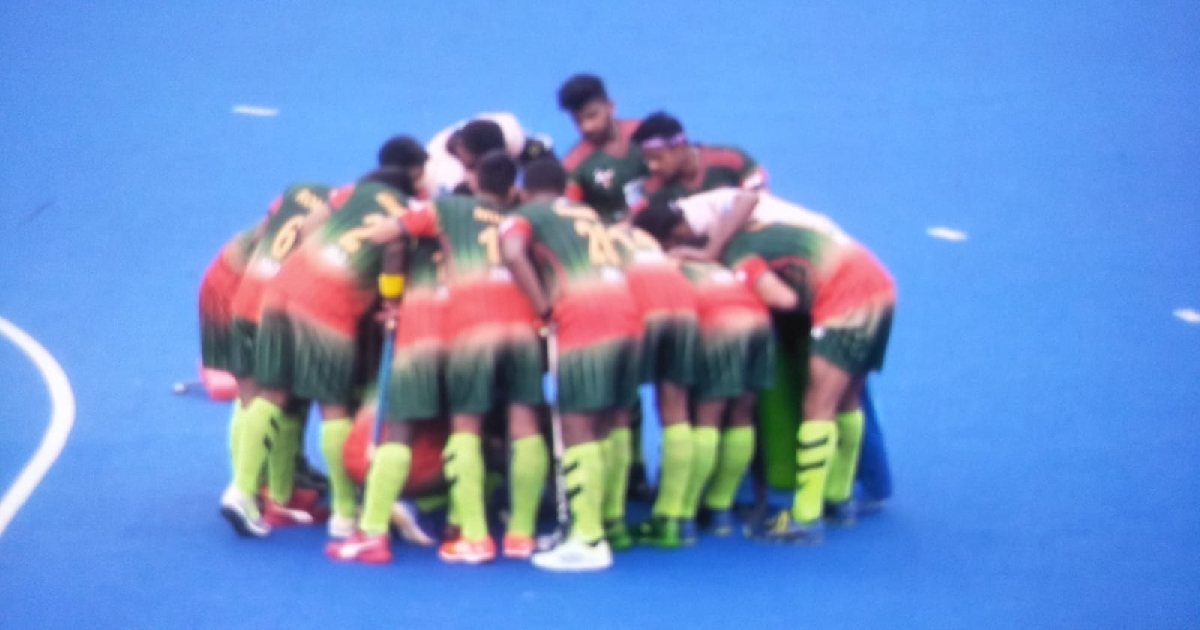 With the day’s well merited victory, Oman not only clinched the long cherished  title, but also took revenge of their two consecutive defeats against Bangladesh in the nine-nation AHF Cup Hockey held  in Jakarta two month ago.

Earlier in March 20 this year, Bangladesh clinched the nine-nation Men’s Asian Hockey Federation (AHF) Cup title for the 4th times in a row with all-win record beating upper ranked Oman twice in the final and in the group match in Indonesia.

Bangladesh emerged as AHF Cup  champions beating Oman by 5-3 goals in penalty shoot out as the final match between two teams was locked in  1-1 draw in stipulated period. Bangladesh also beat Oman by 3-2 goals in the AHF Cup  group match.

In the day’s final, Oman took lead by 3-0 in the first nine minutes surprising Bangladesh and the frustrated Bangladesh never recovered  from their early lapses.

Shaaibi Ammaar put Oman ahead in the very 3rd minute of the match from a penalty corner (1-0), Al Lawati Fahad doubled the margin in the 7th minute by a field goal (2-0) and Al Saadi Salah scored  the 3rd goals for Oman in the 9th minute (3-0).

After a 3-0 lead in the first quarter, inspired Oman maintained their strong pressure over their traditional rivals Bangladesh and sounded their margin again as Al Qasmi Asaad Mubarak scoring the 4th goal in the 33rd minute (4-0).

Ashraful Islam of Bangladesh reduced the margin in the 47th minute from a penalty corner (4-1)..

Fazle Hossain Rabby scored the 2nd goal for Bangladesh just one minute before the match over (6-2).

Bangladesh reached the final outplaying hosts Thailand by 4-1 goals in the 2nd semifinal at the same.Venue last Saturday

.Earlier, Bangladesh emerged Pool B champions with all-win record to reach the semifinal of the Asian Games Men’s Hockey Qualifier after beating Indonesia and Sri Lanka by 3-1 goals each and Singapore by 1-0 goal in  three group matches.

As the Asian Games qualifier concluded today (Sunday),, the Bangladesh team led by new captain Khorshedur Rahman will  travel to Indonesia directly from Thailand to compete in the Men’s Asia Cup Hockey to be held in Jakarta from May 23 to June 1.

In the eight- nation Hero Men’s Asia Cup Hockey, Bangladesh team also been placed in Pool B with Malaysia, Korea and Oman. Shakib shows his impact even without practice 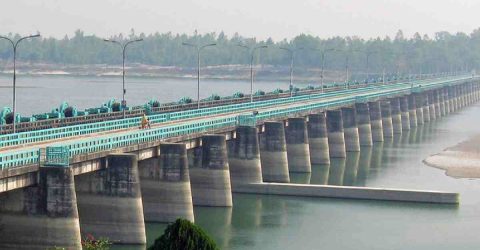 Take initiative for basin-wide management of all rivers including Teesta: IFC
Latest