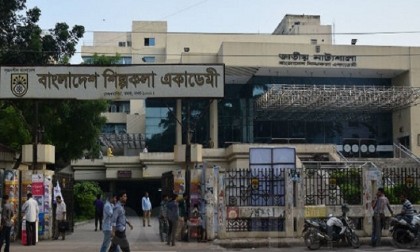 Bangladesh Shilpakala Academy (BSA) is the government agency for the promotion of cultural practice, development and expansion across Bangladesh. It happens to be one of the major centers of culture in Bangladesh.
Father of the Nation Bangabandhu Sheikh Mujibur Rahman established Shilpakala Academy on 19 February 1974. The aim of the academy is to create a creative and humane Bangladesh rich in art and culture by creating a flow of art and culture for all people through the development of national culture, preservation and propagation of cultural heritage.
The BSA is conducting multifaceted activities aimed at developing creative culture throughout the country. The organization pushes for practice and the spread of fine arts, music, dance and drama. Appropriate evaluation of talented artists for the development of these, such as support and recognition of talented artists, grants to government-approved cultural institutions and organizations, conducting research on past traditions and contemporary culture, and organizing international and international festivals on music, drama and fine arts. It is done with great enthusiasm by BSA. The academy is organizing music festivals, conferences, seminars, plays, workshops, debates, study groups and symposiums, patroning local and international art exhibitions, organizing various competitions and award ceremonies, sending Bangladeshi art teams as part of cultural activities. The activities of inviting cultural delegations to Bangladesh, awarding eminent cultural personalities of the country and publishing books, periodicals and introductory memoirs on various subjects related to art and culture. All the activities of BSA are conducted through five departments.
Public relations officer Hasan Mahmud said that construction projects of new buildings of BSA are already underway in 18 districts and 106 upazilas. 3200 paintings have been purchased for the National Gallery. Bangladesh Cultural Festival has been organized in 64 districts. A drama festival based on the liberation war is being organized. A National Drama Festival has been organized with 100 plays and about 80 new plays have been made on the topic of the Liberation War. Arrangements have been made for the formation and training of aerobatic teams. Apart from formulating and implementing new policies for traveling artists, and formulating policies for puppet shows, about 13,000 folk music and various folk cultures have been collected.
However, not all districts have full facilities of Shilpakala Academy. There are training buildings in 41 districts including auditoriums. At the district level, the activities include National Day-based programs, awarding of Shilpakala Academy honors and training of children in five aspects of culture. Even after 50 years of independence, the activities of the organization have not expanded to the upazila level. In this situation, most of the people are being deprived of the opportunity to practice culture. There are even allegations of not taking special initiative in creating a cultural sense of the nation, building an intellectual and humane society. Although the BSA undertook several projects to spread cultural activities across the country, it did not get the approval of the government. As a result, there is no activity of cultural awakening of the nation against social degradation, drug scattering, superstition, bigotry and militancy.
Outside the district, BSA buildings have been constructed in six upazilas of the country. After Liaquat Ali Lucky took over as the Director General of BSA in 2011, he took initiative to expand the outreach activities of Shilpakala Academy at the upazila level in 2012. He formulated a policy and formed a 10-member committee comprising government officials and local cultural activists in each of the 493 upazilas of the country. Under a project, one-storey training buildings with 500-seat open stage were constructed in 10 upazilas at the initial stage. Later in March 2019, the project ‘Construction of Cultural Centers in 100 Upazilas’ was submitted to the Ministry of Culture. But the project has not yet been approved.
It is learned that BSA does not have regular manpower at the upazila level. In each upazila, a one-time allocation of TK 50,000 is made for conducting academy activities. That is spent on the day-based program of the upazila administration. Although an initiative was taken to appoint an assistant cultural officer and a peon to conduct activities at the upazila level, it did not see the light of day due to the objections of the finance ministry. Also a few more project proposals have been submitted to the Ministry of Culture from BSA at different times.
Concerned people think that there is no alternative to ensure cultural activities and training facilities at the upazila level for cultural awakening in the country. Permanent trainers need to be appointed for cultural education. As a result, on the one hand there will be employment of artists on the other hand there will be an environment for creating artists and practicing art and culture. If this is not done, it will not be possible to deal with the erosion of values, drug trafficking, violence against women and militancy.
In this context, the Director General (DG) of Shilpakala Academy Liaquat Ali Lucky said, the dream project of BSA is flourishing and the result is beautiful today. Art festivals are functioning almost every day at several important establishments including National Theater, National Gallery, National Music and Dance Center, Nandanmancha at the Academy premises in Dhaka. BSA has now expanded from 64 districts to 493 upazilas. Construction work of Upazila Cultural Center, Divisional and District Shilpakala Academy buildings and modernization of District Shilpakala Academy auditorium is underway.
The DG also said this national institution of cultural practice is carrying out the responsibility of lighting the light of culture by organizing dramas and festivals and literary dramas in 64 districts. Hundreds of film festivals and discussions and cultural programs with four national leaders have been held in different districts. The International Digital Archive and the International Cultural Coordination Cell have been set up in Dhaka. Opera policy has been formulated and ‘Puppet Drama Medal’ has been introduced. The Academy has been playing a role in building a creative and humane Bangladesh rich in industrial culture through great deeds. 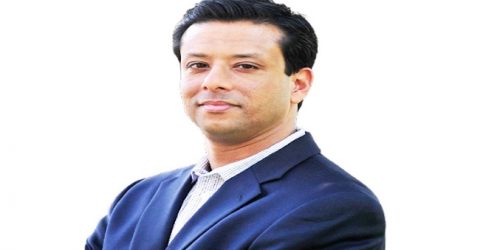 Joy sees Madison event as evocative of ‘Concert for Bangladesh’ 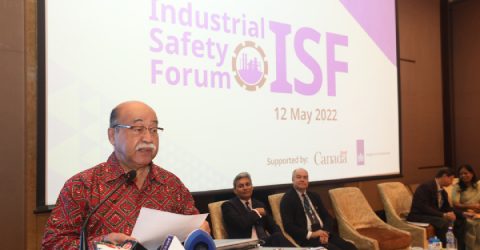