More than half of fertile couples are outside control

There is no parallel of a small country of about 55,000 square miles only crammed already with a population of over 168million peoplewhich is the size of the Bangladesh population today. If this population growth is not put under a leash sooner than later then all the talks of getting demographic dividends through a young labor force will prove to be useless. Bangladesh must achieve a balance or stability in its population growth so that its young population can indeed become assets and not liabilities for the country’s economy in the longer run.
A UNFPA report–released sometime ago– underlined how important it is for Bangladesh to defuse the population bomb. It highlighted that some 55.8 per cent of all fertile couples in this country remain outside any form of family planning initiatives and are breeding recklessly. This itself is proof of the current underperformance of official population control programmes.
Already, the stresses of a huge population are evident everywhere . Per capita income cannot rise because the pie of the national income has to be divided among too many recipients including the fast rising number of the additional ones. The ever growing unemployment woes are getting worse and worse as jobs are found to be scarce compared to the needs of the fast rising population. Similar stresses are noted everywhere in health, housing, nutrition, transportation, education and in the vital field of the environment . With a stabilizing population growth rate or a smaller population the needs in each of the sectors could be progressively met better and become manageable
While taming of population growth has been signaling as a national priority, the policy makers have been found napping in relation to it. This is most unfortunate and such a mentality ought to be shaken up by the statistics mentioned above which ought to awaken thosewho should be concerned . Privately led activities are there in population control . But the supreme responsibility for spending public funds efficiently to that end should be among the most pressing priorities of the government.
There is no time to lose in controlling the population growth rate. It must be immediately recognized as one of the very major national problems. The identification should be followed up urgently by completely revamping the government run various population control activities which seem to be not run at the expected level of efficiency,
Apart from the restructuring and making much more effective the official population control activities, a decisive battle should be started to change people’s psychologies and attitudes. The scourge of early marriage must be changed by improving social awareness of it. 60 per cent of the females in the country become mothers by the age of 19 and this alone should explain why it is proving so difficult to control the population boom. The situation in this regard calls for regular mass campaigns to motivate people away from early marriages.
Hard observers at field levels know it that the official family planning programme is not running well notwithstanding pretension to the contrary. The door to door visitors of the family planning department to households are hardly seen doing their job. Although they are paid from the public purse to at least visit each home once a month in the areas where they are posted to advise all potentially males and females with reproductive capacity, they turn up only casually and at long intervals. The greater number of fertile couples in the country are not actively practicing planned parenthood. Under the circumstances, the projections are that Bangladesh’s population would double to 280 million at its current rate of growth by 2080 and could be 180 million as early as 2025 under these circumstances.
Contraceptives meant for free distribution or at nominal prices among users are actually found to be sold at market value that usually discourage the latter from buying them for use. Awards are to be provided for those who submit to operations to give up their potency for child birth. But the award money and other prizes are actually found to be misappropriated in many cases.
Therefore, the greatest need seems to be flushing very clean the various corruptions in the official population control programmes and revamping the same for effectiveness. Bangladesh with its current physical size and limitations of resources, simply could witness an awful decline in its quality of life if it allows its human population to grow freely like wild weeds. 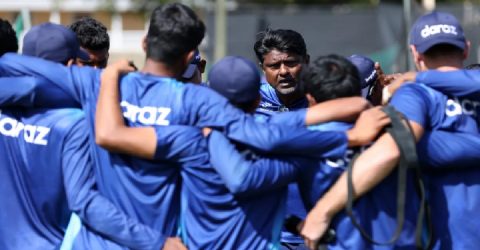 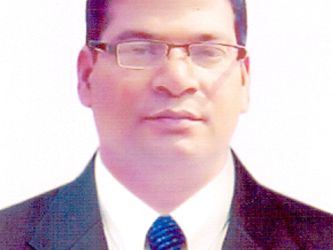