A fourth-year student of Dhaka University was allegedly beaten up by Jagannath Hall Chhatra League general secretary Otonu Bormon and his followers on Thursday night.

The victim student is Rakibul Hasan Sajib, student of Institute of Social Welfare and Research and resident of university’s Haji Muhammad Muhsin hall.

Injured Rakibul Hasan Sajib said he was returning to his hall around 11pm on Thursday and as he reached in front of Udayan Higher Secondary School, Otonu Barman and his followers, who were on motorcycles, came in front of his motorcycle from the opposite side.

They locked in an altercation as Sajib asked them to stop fearing they could have faced an accident.

“At one point of the argument, a group of 20 to 25 followers of Otonu Bormon started hitting me even though I identified myself as a student of the university,” he further said.

When asked about the incident, Otonu Bormon said no such incident happened.

He said, “However, when we were passing Shadhinota Songram point, a motorcycle suddenly appeared in front of us from the wrong direction. Then I asked the rider the reason for driving through the wrong side of the road.”

“The matter was resolved immediately when he apologized for his mistake. We didn’t beat him or assault him physically,” Otonu added.

DU Proctor Prof AKM Golam Rabbani told UNB, “I have talked with the injured student and asked him to lodge a written complaint with evidence for his allegations.”

Meanwhile, Jagannath Hall provost Professor Dr. Mihir Lal Saha said as the incident occurred outside the hall the university authority will look into it. 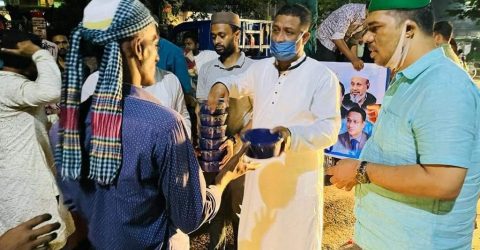 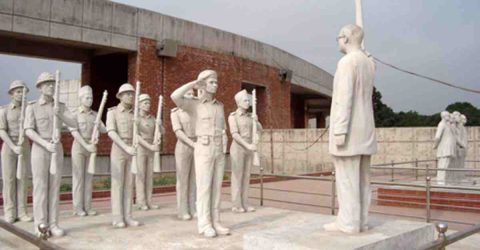