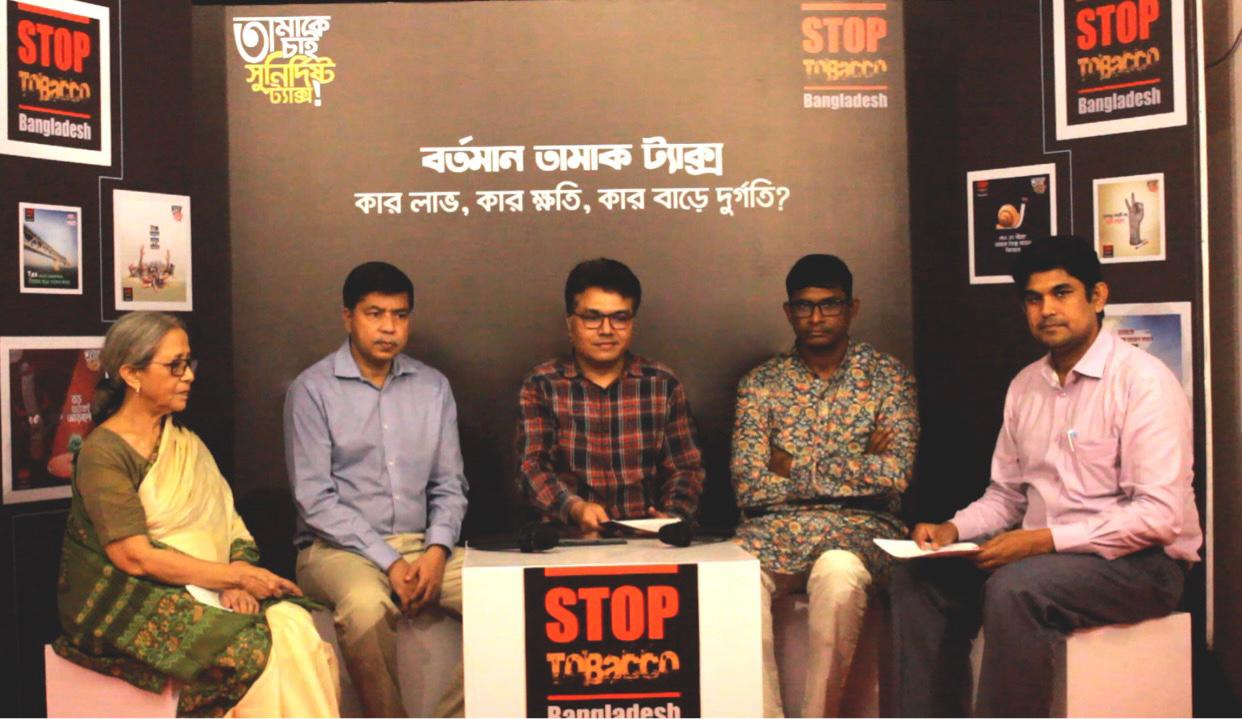 The Live program was moderated by Mr. Nasir Uddin Sheikh, Spokesperson, Stop Tobacco Bangladesh. Through the discussion, different facets of Tobacco Control, including how tobacco companies are reaping the benefits of the current tax structure, how the government is losing valuable national revenue, and how the general people are suffering due to the widespread tobacco-led diseases. The discussion also shed light on the shortcomings of the current tax structure as well as what should be the revamped structure, what reforms are necessary for the tobacco control law, the status of Tobacco-free Bangladesh by 2040 as promised by the Honorable Prime Minister Sheikh Hasina and the future plans towards reach9ing that goal — these were also discussed during the session.

Answering a question by the Moderator, Dr. Habibe Millat said, “Increasing Tobacco Tax would lead tobacco users towards other addictions— this notion is completely baseless. This is biased publicity to keep tax and prices of tobacco within reach.” He added, “Tobacco is difficult to quit and that is why it is crucial to help tobacco users out of this horrible addiction. To achieve this, the world-renowned method is to impose a high specific tax, which will eventually help us achieve a tobacco-free Bangladesh.”

Provided these reforms are made and strict implementation of law is ensured, tobacco control will be very much possible.” Prominent female leader Farida Akhtar mentioned “One in four women in the country consumes Tobacco— this is mainly due to smokeless tobacco. This often overlooked, yet deadly, smokeless tobacco needs to be strictly monitored, bring under the tax regime, and taxed heavily by imposing a high specific tax. Sushanta K. Sinha said, “Tobacco companies pay a measly 800 crore taka in tax, but falsely publicize it as 23000 crore. This extra amount comes through consumers.

On the other hand, government monitoring of tobacco production by the companies could not yet be digitized, which leaves ample room for fraud. Just like the 4-tier price level of cigarettes, there are many gaps in the current tax system which the tobacco companies are exploiting, leading to a loss of revenue for the government. The live program was in view of the upcoming budget session.

This anti-tobacco movement is being spearheaded by Vital Strategies, a not-for-profit developmental organization. Since 2017, Stop Tobacco Bangladesh has been creating awareness of the dangers of tobacco as well as working towards forming public opinion on the implementation of the tobacco control policy of the government, and in the process have become the largest online anti-tobacco platform in the world. More than 7 lakh people currently follow the page, with more than 40 thousand people attributing their quitting motive to the page and its informative contents.

The people have become more resilient against tobacco and stated their strong demands to implement strict tobacco control policies. The platform is currently working towards achieving high specific tax on tobacco during this budget and working towards amendment and strict implementation of tobacco control law to achieve a tobacco-free Bangladesh by 2040 as promised by the Honorable Prime Minister, Sheikh Hasina. 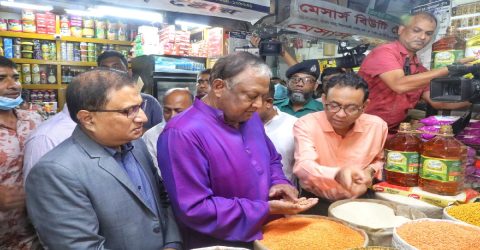 People getting benefits of tax reduction on commodities: Commerce Minister 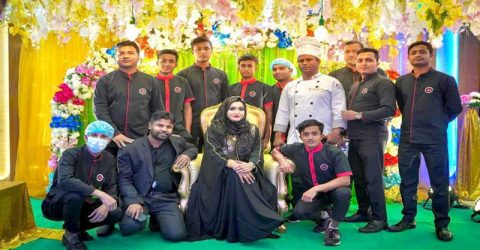