Does the pandemic turn to endemic ?

Syed Faruk Hossain
When a disease spreads worldwide, it is called pandemic. The best example is the corona virus. It is simply a global epidemic. Different countries have to unite and work according to the instructions of their own Ministry of Health. We need to keep ourselves healthy, according to the World Health Organization. When the new virus first appeared in Wuhan, China in December 2019, it was completely unknown to the body’s immune system, it was a new virus and they did not know how to fight it. At the same time, there was no medicine, no vaccine. While, there are two main reasons for the end of the epidemic. One the weakening of the virus and on the other hand, the increase in the host of the virus, that is, the human body’s immune system. Our body’s immune system now knows more about the virus than ever before. Epidemiologists consider a disease to be an ‘endemic disease’ only when the level of that disease is stable and it is understood what the situation might be after that. But when a disease suddenly appears and spreads rapidly to different countries, they consider it a ‘pandemic disease.’ Repeatedly giving booster doses to the general public is not a sustainable strategy for epidemic control. In the first week of 2022, the corona of 6 million people across Europe was identified. The number of corona infections in Europe has more than doubled in two weeks. We must not forget that we are still in the grip of an epidemic. Omicron is now at the root of the increase in infections from West to East Europe. Omicron has surpassed the Delta outbreak in spreading the disease across the region. Now the question is whether the epidemic will return to its previous state, or a new situation will be created. Will the virus disappear from the face of the earth? Scientists say there is no doubt that COVID-19 will exist, but not as a ‘pandemic’, but as an ‘endemic’.

It will remain the same as the common disease, the more mutations I see in Omicron, the more it is transmitted. Whenever there is widespread transmission of the virus, there is a risk of further mutations. Then may be the virus will get weaker. It can be strong again. That’s why we have to wait a little longer to say whether the pandemic is going to end or not. It has been almost two years since COVID-19 was infected. This curse is spreading all over the world with equal force. No country, rich or poor, was spared. The death toll has exceeded tens of millions. In the last two years, Corona has invaded the world in various forms. Alpha, beta, gamma, delta and then omicron variants have been identified in Africa. Omicron is now the name of a new terror. The omicron variant of corona is increasing alarmingly in different countries of Europe and America. Many countries in Europe are now terrified of this. Apart from this, it is spreading rapidly in our neighboring country India as well.

Now,this variant is currently growing rapidly all over the world. The World Health Organization (WHO) has warned that all countries should be prepared for the rise of coronavirus infections from the new omicron variant. The number of victims of omicron variant of COVID-19 from different countries is increasing day by day. Each country should consider its own risks and strengthen existing measures, such as wearing a mask, maintaining distance, washing hands, avoiding public gatherings, tracing infected people, isolating infected people and continuing vaccinations Initially, most of the countries, including the United States, Canada, the United Kingdom and the European Union, have announced sanctions against seven African countries to deal with the situation. No one will be able to leave this African country temporarily. Geographically, it has already spread far and wide. All countries need to be prepared for the possibility of a new wave of Corona transmission from the omicron variant. The lessons we have learned to deal with the Delta variant must be put to good use in dealing with this new variant. The World Health Organization is currently working with a large number of research institutes to understand the dynamics of the omicron variant. So far, however, they have not received any information that new directions are needed at the moment to deal with the epidemic. Whereas just two weeks ago the number of daily identities was a little over three hundred on average, now the number of new COVID-19 identities per day stands at more than eleven and a half thousand. Health officials say the fourth wave of epidemics is more severe than ever. Infection is on the rise at an unprecedented level where the number of victims is highest, a much larger number of children under the age of five have been hospitalized than in previous waves.

Maria von Karkhov, head of the World Health Organization’s Corona-19 Technical Committee, said no one should be left out. Experts also say that the Corona-19 vaccine that has been discovered, the oral capsule that has come on the market, will not have any effect on this new variant omicron. Scientists in different countries are conducting various studies on this new variant. Some of them are indicating that this variant has some different symptoms from the Delta variant. Omicron shows some symptoms of pain, but no symptoms of loss of taste or smell. However, scientists say they do not want to give a definite opinion on this right now. At the moment, the World Health Organization suggests that scientists have not yet found evidence that omicron’s symptoms are very different from those of other variants of the COVID-19. As a result, fresh cough, fever, and loss of taste and smell are still cited as the three main symptoms of COVID-19 infection.

The agency said it was looking into the plight of people under the age of five in South Africa. The UN Health Organization has instructed the 194 member states to increase immunization rates among special groups of people to stem the tide of infection. The World Health Organization (WHO) has also called for an end to the infection control plan to keep essential health care in check. The spike protein of the new variant omicron may undergo at least 30 to 50 adaptations or mutations. Some of these mutations are very worrying. That is why the United Nations has advised the world to be vigilant again. It is feared that this new variant could change the course of the epidemic and strike again at human civilization. The WHO issued a statement expressing further concern. This variant of emissions could pose a major risk to the world. Vaccination activities should be conducted in compliance with the hygiene rules. Coronary symptoms should be asymptomatic, suspicious, coronary, isolation of the patient and quarantine arrangements for others who come in close contact with the corona positive patient. Make sure to cover your nose and face and wear a mask during office entry and stay. Hygiene compliance must be officially confirmed.

In order to control and reduce the incidence of COVID-19, campaigns can be carried out at the community level to create awareness about hygiene compliance including mask removal. In this case, if necessary, the mike can be used in the worship center including the mosque, temple, church, pagoda and the elected representatives of the members of the ward councilor union council can be involved. Keeping in mind that there should be no neglect in any way, every citizen of the country should fulfill his responsibilities from his own place, create awareness, if he himself follows the rules of health, I hope he can keep himself ill and keep others healthy and safe. Otherwise, the world could be four times more damaged than before because of the global panic and another curse called omicron. New horrible form of corona is omicron type of coronavirus has recently been identified. However, it is not yet clear how effective the current vaccine will be in preventing this variant.

A panel from the World Health Organization has called on the world to be vigilant, calling omicron B1.1.529 a variant of concern. Experts have initially classified it as a highly contagious virus, which is spreading worldwide with the speed of wind. It is unknown at this time what he will do after leaving the post. Infectious risk is 100% more dangerous than other variants. However, the World Health Organization’s initial idea is that it is as deadly as any other highly contagious variant. It may take a few weeks to find out if the vaccine, which is currently available in the market, is effective against it. Within this time, this deadly disease is spreading rapidly in the world. We do not know that the pandemic turns to endemic or not. A pandemic review of various respiratory viruses over the last 100 years has shown that the epidemics lasted for one to three years. In that sense, it is possible that this is the last year. This corona is appearing in various forms over time. The world does not seem to be getting rid of Corona’s vicious circle easily. Its new form is spreading in the world.

Learning and teaching English at the primary level 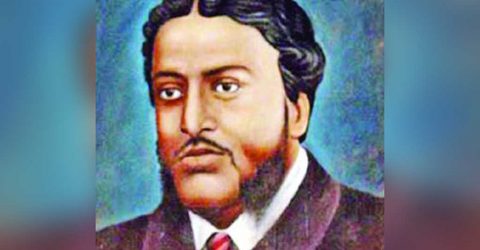