Two held with ganja in Rangpur 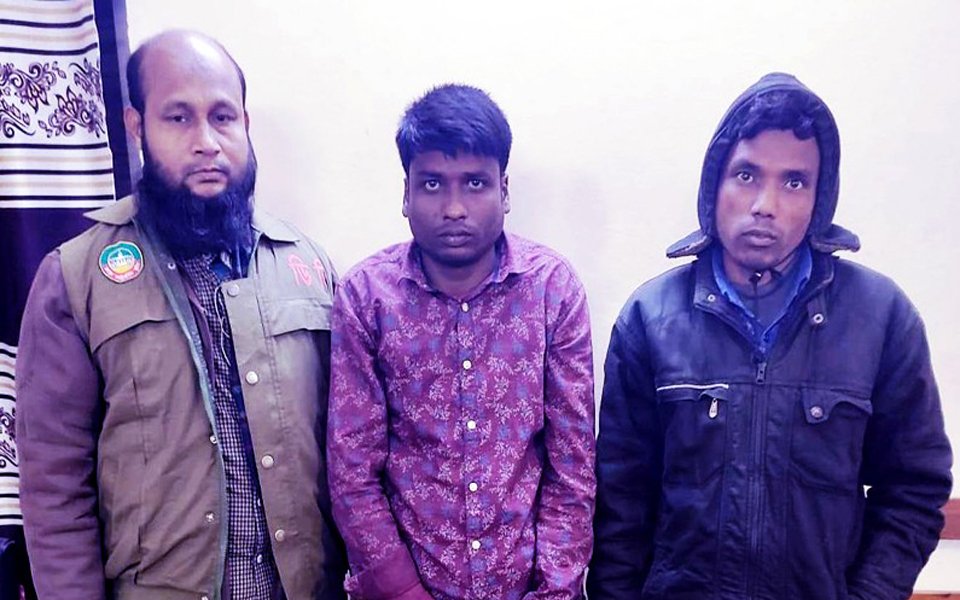 The arrested persons were identified as Md Solaiman Mian, 27, and Md Saheb Ali Mian, 30, of village Kafrikhal Bogura Para in Mithapukur upazila of the district. “On a tip off, a team of DB police led by Inspector Shawkat Ali Sarker conducted a raid and arrested the two men with ganja from the spot,” a press release issued by Additional Deputy Commissioner of Police (DB and Media) of RpMP Sajjad Hossain said today.

“After filing a case in this connection against the arrested people under the Narcotics Control Act 2018, the DB police handed them over to Tazhat police station of RpMP,” the release added. One held with Indian leaf bidis in C’nawabganj
Latest