Qu Dongyu, director-general (DG) of the Food and Agriculture Organization of United Nations (FAO), has highly appreciated the leadership of Prime Minister Sheikh Hasina in attaining food security for 165 million people of Bangladesh despite being one of the top 10 most populous countries in the world. He shared his deep appreciation during a ceremony marking the presentation of Letter of Credence by Md Shameem Ahsan, Bangladesh Ambassador to Italy, accrediting him as the permanent representative to FAO held in Rome recently.

“We can learn a lot from Bangladesh because their solutions are very economic, easy to adapt,” said the FAO director-general. He recognized the great strides made by Bangladesh on attaining food and nutrition security, food safety, improving the agro environment, improving the lot of small holders, higher farm productivity and income increase through various programmes-projects and even during the challenging period of Covid-19,
The US Department of Agriculture (USDA) expects that Bangladesh will see bumper production of rice, wheat and corn even during the crucial period of coronavirus. It made the observation at a report titled “Global Agricultural Information Network” published on April 19 ,2021.

Rice production for the 2020-21 marketing year is expected to rise to 36.3 million tonnes in Bangladesh as further cultivation of hybrid and high yield variety plantings increase, it says.But sources at the agriculture ministry said this time rice production would increase to 37.5 million tonnes.Md Nasiruzzaman, secretary to the agriculture ministry, said, “Our rice production will be at least 10 lakh tonnes more than the USDAprediction.”
In 1971, the population of Bangladesh was 75 million people whereas the present population is over 165 million. But food production in the country has gone on matching the need of this more than doubled population. Large scale and persistent hunger like in the pre independence era is hardly noted in Bangladesh today.

According to latest reports, Bangladesh has moved 13 notches up to the 75th position in the Global Hunger Index (GHI) 2020, surpassing its much bigger neighbours India and Pakistan .This year, the country achieved a GHI score of 20.4 out of 100. Bangladesh managed to lower its GHI score of 34.1 achieved in 2000, showing an improvement by over 40% in these 20 years. Thus, it shows gradual but steady improvement in the overall hunger and under-nutrition indicators since the beginning of this millennium. Specially, the hunger reduction has accelerated in the last ten years under the present government led by Prime Minister Sheikh Hasina.

Commenting on the matter, Centre for Policy Dialogue’s Executive Director Dr Fahmida Khatun put more emphasis on food availability, saying, “If we look at the official statistics of food production in Bangladesh, it will show an increasing trend, but the problem is with food availability.”The availability of food must be increased along with the food production, and we need to ensure sufficient access to food for the marginalised people.”
Dr Fahmida also mentioned the importance of a proper distribution channel along with an uninterrupted and smooth supply chain to ensure food accessibility.”We have done well in reducing hunger in the country, but we should not become complacent. Instead, we should work more on how we can introduce more measures to increase food availability among the people,” she said, adding that modern technology should be utilised more and more for higher food production.

Summarising her opinion, Dr Fahmida said, “We should focus broadly on three points to reduce hunger, firstly by increasing agricultural productivity through technology; secondly by ensuring an uninterrupted food distribution channel and supply chain, and lastly through boosting the purchasing power by generating more employment.” It appears that the incumbent government is well engaged with all three aspects involving higher production with technology, improving access to food by people specially poor people at prices they can afford and boosting employment to increase income.

The GHI measures track the hunger level globally, regionally and nationally in order to trigger actions for reducing hunger across the globe. The score of countries is also based on four components – Undernourishment, Child Wasting, Child Stunting and Child Mortality.According to the index, Bangladesh has shown the biggest improvement in curbing Child Stunting. During the nine-year period from 2012 to 2020, the country reduced child stunting by 12.8 percentage points.Moreover, Bangladesh also sawimprovement in the undernourishment component. Around 13% of the total population are experiencing undernourishment or insufficient caloric intake. The value was higher in 2012.

Contacted, Sarwar Mahmud, the Directorate General (DG) of Food, said the country is unlikely to face any food crisis even if the coronavirus situation prevails for a long timed due to adequate stock of food grains, including rice, wheat, potato and other essential commodities. “We’re not worried about food security since Bangladesh is not a food-deficit country. We got a bountiful Boro production while we’re expecting an impressive production of Aus and Aman paddy as well,” he added.

The DG said they have around 11lakh metric tonnes of rice and 3 lakh metric tonnes of wheat while rice traders, millers, wholesalers and farmers have more food grains stock than the government has. “Many people also hoarded food out of their fear of food crisis. So, our food grains stock is adequate to meet the country’s demand for more than a year.”

Agriculture Secretary Md Nasiruzzaman said coronavirus has no impact on Bangladesh’s agriculture sector and they do not think the country’s food security will be at stake if the corona situation prolongs. “We’ve got a bumper production of Boro rice crop. We’ll also have a good production of Aus and Aman rice. We produced almost all crops and vegetables this season much more than what we did last year. So, we won’t face any food crisis under any situation,” he said. 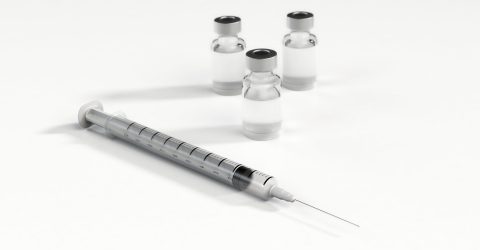 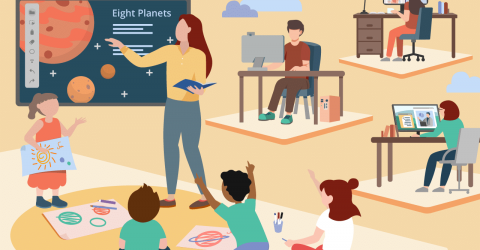