The two mayors of Dhaka City will inaugurate the program. It is learned that 50 buses of Dhaka Nagar Paribahan will officially start operations on this 21 km route. The color of the buses will be green. On this route of about 21 kilometers, the fare per kilometer will be 2.50 Tk.

After the 20th meeting of the Bus Route Rationalization Committee at Dhaka South City Corporation Nagar Bhaban the President of the Bus Route Rationalization Committee and the Mayor of Dhaka South City Corporation Barrister Sheikh Fazle Noor Taposh said that on December 26, the official journey of urban transport will begin. Initially the journey started with 50 buses but in a few days a total of 100 buses will run on this route.

Atiqul Islam, another member of the Bus Route Rationalization Committee and Mayor of Dhaka North City Corporation, said at the same meeting that the experimental route is being launched with 50 buses including 30 double decker buses of BRTC.

The number of buses on this route will be increased to 100 in the next two months. E-ticketing system will be introduced in the buses of this route from the first day in Dhaka Nagar Paribahan. Our bus-bay, passenger camps are ready. In addition, the driver-staff of each bus on this route will have certain clothes, as well as their ID cards will be hanging around the neck. 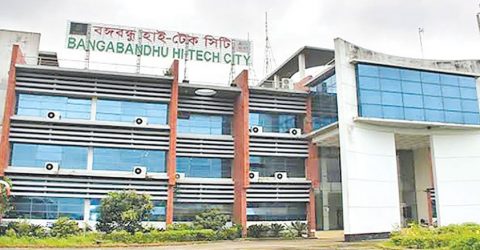