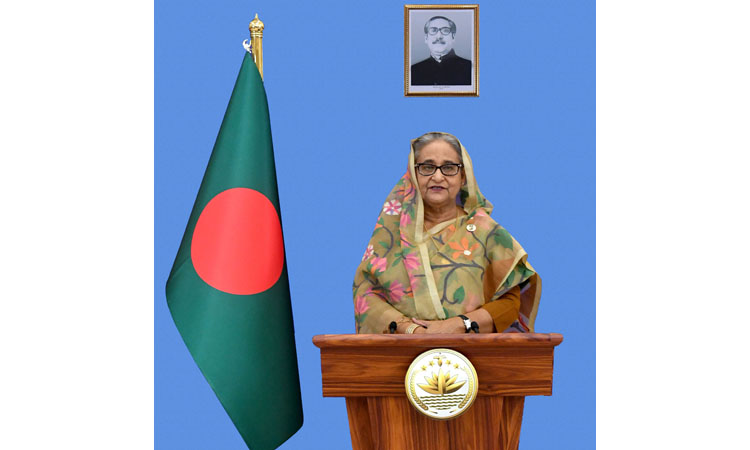 DHAKA,  – Prime Minister Sheikh Hasina today stressed the need for recommitting to work for strengthening further the 50-year diplomatic relations between Bangladesh and India by concentrating on people-to-people contact, trade, business and connectivity.

This has become increasingly important for both sides, she said in a video message aired in a programme in New Delhi on the ‘Maitri Diwas’ or Friendship Day marking 50 years of Bangladesh-India diplomatic relations.

“We continue to believe in the importance of our relationship. At the same time, this (50th) anniversary is an opportunity to reflect on the foundation of our bilateral relations and the path ahead. It is an occasion also to re-commit ourselves to work towards further strengthening the long standing dynamic partnership between Bangladesh and India,” Sheikh Hasina said.

She recalled that during the state visit of Indian Prime Minister Narendra Modi to Bangladesh on 26-27 March 2021, they agreed on the joint celebrations in 18 selected cities along with Dhaka and New Delhi, and to recognize 6 December as “Maitri Diwas”.

Indian Council of World Affairs (ICWA) arranged the programme in New Delhi on Monday, marking the 50th anniversary of India-Bangladesh Diplomatic Relations as India had recognised Bangladesh on December 06, 1971.

The Prime Minister said, “Bangladesh and India are celebrating the Golden Jubilee of establishment of diplomatic relations. This is a milestone in the journey of our bilateral relations. India recognized Bangladesh as an independent and sovereign state on December 6th, 1971.”

Sheikh Hasina said she is confident that together the two countries and two peoples would continue to turn their vision and ideas into realities, for decades to come.

“Our partnership is not confined to the treaties, MoUs, bilateral agreements that provide the formal structures for our working relations. Today, our broad partnership has matured, taking dynamic, comprehensive and strategic shape, and is based on sovereignty, equality, trust and mutual respect,” she added.

The relationship between Bangladesh and India is anchored in history, culture, language and shared values of secularism, democracy, and countless other commonalities, she continued.

“Our bonds of friendship have been further strengthened, diversified and expanded in recent years due to regular high level political interactions and exchanges,” the Prime Minister said.

Despite restrictions imposed due to COVID-19, she said , the relationships at all levels have remained stable and strong.

“This was evident in our excellent cooperation and collaboration in dealing with the COVID-19 pandemic,” she opined.

The Prime Minister said the foundation of Bangladesh-India relations was laid by Father of the Nation Bangabandhu Sheikh Mujibur Rahman.

Quoting a speech of 1972 of Bangabandhu, she said, “We have a very special relationship with India. The relationship is the friendliest. Friendship of Bangladesh and India is in our hearts. The bonds of friendship will remain firm and long-lasting”.

“Today, I fondly recall the generosity of Prime Minister Indira Gandhi and her government, leaders of other political parties and overall the people of India towards the people of Bangladesh in 1971,” she said.

The Prime Minister added that India provided accommodation to 10 million refugees from Bangladesh, gave space for the Mujibnagar government and waged a diplomatic campaign in favour of Bangladesh.

Taking part in the discussion, state minister KM Khalid expressed gratitude to India and its people for their support to Bangladesh’s War of Liberation and recognition to Bangladesh as an independent state on December 6 in 1971.

The state minister hoped that both the countries will overcome all common challenges through mutual understanding and cooperation.

Indian Foreign Secretary Harsh Vardhan Shringla paid homage to the freedom fighters and the Indian soldiers who sacrificed their lives in Bangladesh’s War of Liberation.

He thanked the Bangladesh government for honouring Indian soldiers who sacrificed their lives in 1971 War of Liberation.

He said as a closest friend Indian is looking forward to working with Bangladesh in the days to come.

Lauding Bangladesh’s progress in the last couple of years under the leadership of Prime Minister Sheikh Hasina, he said Bangladesh reached a milestone in this regard.

Shringla said India will work with Bangladesh shoulder to shoulder for the betterment of the two friendly countries.

About the 50 years of Bangladesh- India diplomatic relations, he hoped that the ties will be much stronger in the years to come.

Regarding the border issues, he said India will continue to work for better border management.

Referring to Indian President’s upcoming Dhaka visit, he said the visit will be the first visit to any foreign country by the president after the pandemic that proved the stronger ties between the two counties. 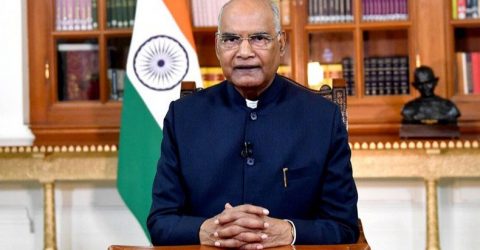 Transport crisis and Public suffering in capital due to rains
Latest