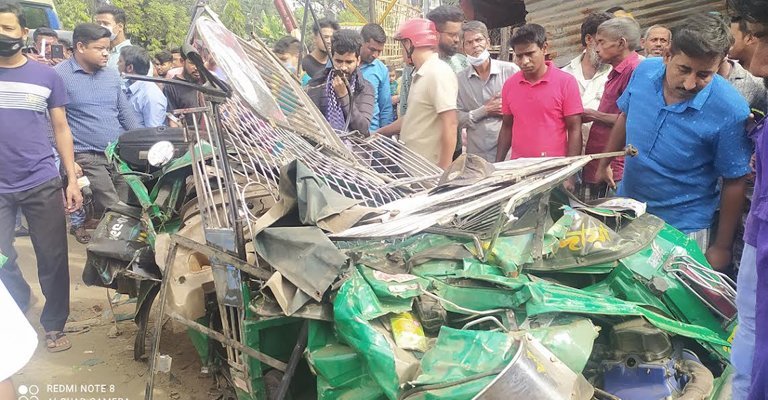 CHATTOGRAM, – Three people were killed and 10 others injured while a train crashed an auto-rickshaw on a level crossing in city’s Jhautola area under Khulshi thana of the district this morning.

The deceased were identified as traffic police constable Monirul Islam, 40, an engineer of Dalia Construction Syed Bahauddin Ahmed Sohag, 30, and an HSC examinee Satraj Uddin Shaheen, 19. Among the injured, the condition of two people– Abul Hossain, 65 and Jamir Hossain, 48– stated to be critical who have been admitted to Chattogram Medical College Hospital (CMCH).

According to eyewitness Shahnuzzaman, the accident occurred when a demo train smashed a speedy CNG-run auto-rickshaw that collided head-on with a bus, coming from city’s Sholashahar at Jhautla Rail Crossing, on the rail line around 11 am, leaving three dead on the spot and injuring 10 others. Mentionable, the on-duty traffic police constable Monirul Islam died in the incident while trying to remove the vehicles from the rail line.

Railway Superintendent of Police Engineer Hasan Chowdhury told BSS that the cause of the accident and the absence of gateman are being investigated. “An inquiry committee has already been formed to investigate the matter,” he added. 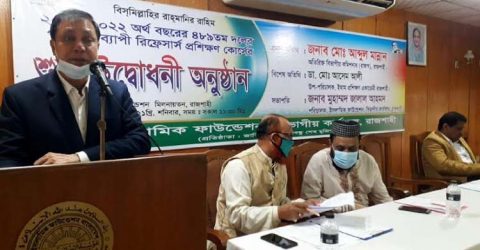