The best way to help the poor as well as create returns for the economy, is through job creation. The poor are best aided and the economy hedged from inflation and sheer lack of productivity when assistance given to the poor is in the area of creating employment and the means of income for them.
The poor in the population of the country are going through greater stresses and government’s policies need to be oriented exceptionally to hedge the poor. The country’s leading think tank recently assessed that poverty rose from 40 per cent to 48.5 per cent over the past 15 months and the income of the affected ones fell by as much as 36.7 per cent in this period mainly due to the consequences of the Corona epidemic.

Thus, the challenge for the policy planners is how best to control this slide in the poverty and income situation . The stresses in the life of people at the bottom in terms of standard of living are also likely to be worse following the recent adjustment of fuel oil prices and its various impacts on costs of living.

Government has adopted a specially big social safety net programme in the current year’s budget to protect the ones who are vulnerable to adverse economic conditions. The money provisioned for spending on the safety programe will be some 48 per cent higher than the sum allocated for a similar purpose in the last year’s budget. But allocation is not enough.

The utilization of it with efficiency is what matters under the present circumstances. The money has been provisioned for spending with specific plans in some areas but not spelling out objectives definitely for other areas. Thus, some of it will be used to pay various allowances to the poor and for running a guaranteed employment scheme. Flexibilities will remain with the planners to spend the rest of this fund as and when the needs arise.

Therefore, it is important to ensure effective spending from the fund mot only to mitigate hardships of the poor but also to create employment and earning opportunities for them. And spending from this fund with the express aim of creating employment should start in earnest at the soonest. The process must not be allowed to become a lackadaisical one.

Disbursement of higher allowances and direct distribution of dole such as foodgrain to the poor is helpful . But the same is also a purely consumptive and one-way exercise producing no tangible returns for the economy. The best way to help the poor as well as create returns for the economy, is through job creation. The poor are best aided and the economy hedged from inflation and sheer lack of productivity when assistance given to the poor is in the area of creating employment and the means of income for them.

Government should target to achieve the best possible outcome of its spending on the poor at the earliest in this area. Spending for the social safety net and related activities ought to be integrated and concentrated to maximize job creation for the poor. This should be also aimed on a sustainable basis. New employment creation that would create income, is the most pressing need for addressing the poverty situation in the uniquely changed circumstances when the country is having to grapple with an unusually high rate of imported inflation from higher prices of fuel oils and other commodities. 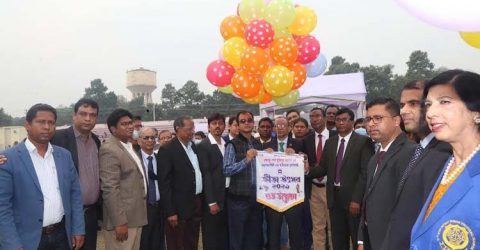