Shafiqul Islam (Jami)
BNP chairperson and former Prime Minister Begum Khaleda Zia’s life is under threat. It is very important to take her abroad to stop the ‘bleeding’ of her digestive system. BNP secretary general Mirza Fakhrul Islam Alamgir said this while highlighting the latest health condition of the BNP chairperson on Saturday noon. He said that Begum Khaleda Zia’s illness is mainly in her digestive system. She has many kinds of illnesses. Now the real work is to stop the bleeding from the digestive system. That has put her life in danger.

The best doctors in Bangladesh have been working for the last few days to find out exactly where the bleeding is. They have worked in different methods of treatment. But they are not able to move forward. Because there is no such technology in Bangladesh, with which they can reach the right place. That is why doctors are repeatedly saying that Khaleda Zia needs to be taken to an advanced center where those equipments are available. Wherever she goes, her exact disease can be diagnosed.

This discussion meeting was held on the occasion of the 31st death anniversary of Dr. Shamsul Alam Milon at Dhaka Reporters Unity (DRU) Sagar-Runi auditorium in the capital’s. On November 27, 1990, the joint general secretary of the Bangladesh Medical Association, Dr. A.S. Shamsul Alam was shot dead.

Criticizing the government ministers’ statements about Khaleda Zia’s illness, Mirza Fakhrul said, “It is unfortunate that the ruling party politicians do not have the minimum political etiquette.” They have no sense of humanity.

Begum Khaleda Zia is a symbol of democracy, a symbol of independence and sovereignty. People of all classes and professions, all political forces must be united today. Because of dictatorship and fascism is not one. This fascism is more terrible.

They have already destroyed all our achievements, shattered the dream of freedom that we had. They have eroded the potential of our new generation, destroyed the economy and the health system. Let us all unite to protect democracy, to protect the independence and sovereignty of the country, to free the symbol Begum Khaleda Zia and send her abroad for treatment.

Health sector is on alert to deal with the new African variant : Health Minister 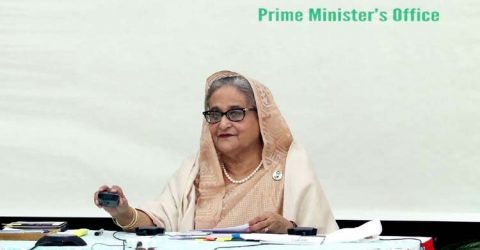