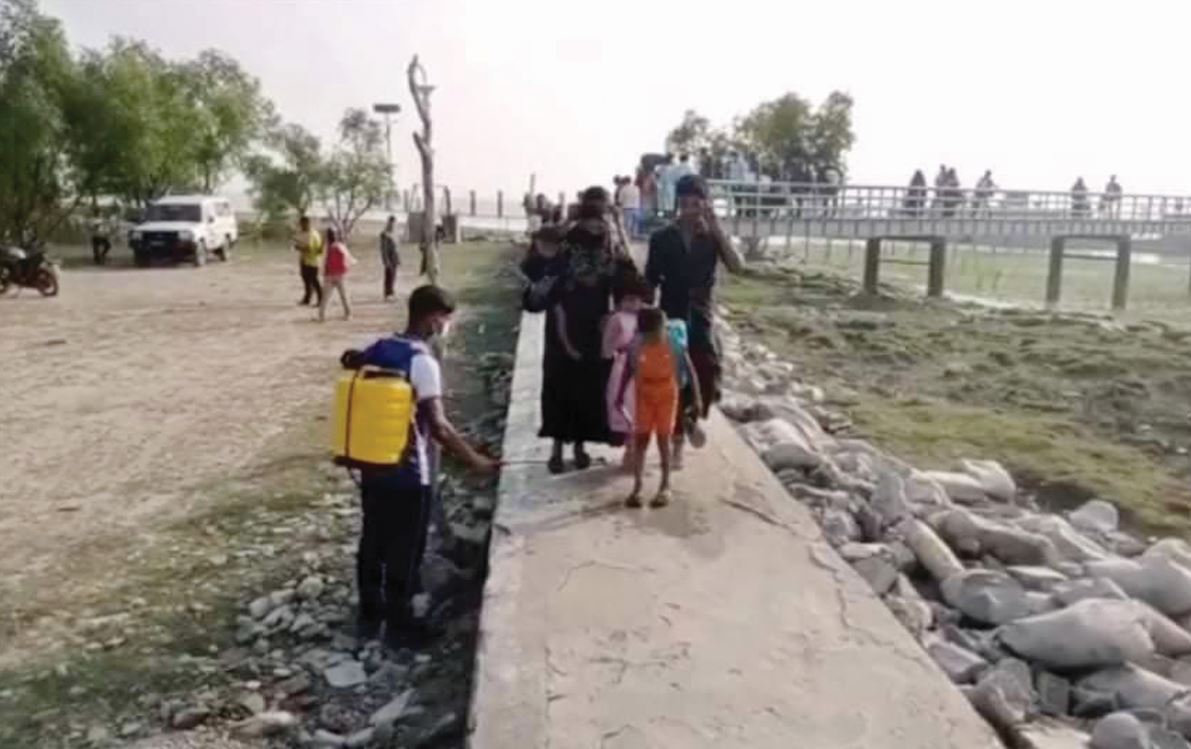 Manik Bhuiyan, Noakhali Correspondent
As many as 379 Rohingya refugees left Chattogram port for Bhasan Char on a naval ship Thursday morning. These refugees are part of some 1,500 Rohingyas slated to be relocated to the island in the seventh phase.

Shamsuddauja, additional refugee relief and repatriation commissioner in Cox’s Bazar, said naval ship Penguin carrying the forcibly displaced Myanmar nationals left the port at 10am after an overnight stay at a military transit camp at Patenga in Chattogram.

According to Navy sources in Chattogram, 257 Rohingyas in the first group and 122 Rohingyas in the second group were brought from Ukhia in seven buses to the Navy’s transit camp at Patenga Wednesday, where initial health check-ups were carried out and food was provided to them.
The personal belongings of the 379 Rohingyas have already reached Bhasan Char, the sources added.

About 1,500-2,000 Rohingya men, women and children willing to go to Bhasan Char in the seventh phase have gathered at the temporary transit point-Ukhiya Degree College-since Tuesday noon.

Jamalida Begum, leader of the Arakan Rohingya Society for Peace and Human Rights (ARSPH) in Ukhia, said the residents of the camp in Ukhia are terrified after the killing of Rohingya leader Mohib Ullah and the gun attack on a madrasa in Rohingya camp. “So, most of the Rohingyas are willing to move to Bashan Char.”

Meanwhile, Mohammad Rafiqul Islam, officer-in-charge of Bhasan Char Police, said about 1,500 Rohingya refugees are expected to reach Bhasan Char in the seventh phase. “All the preparations have been completed to receive them,” he added.

In six phases, over 18,500 Rohingyas have been shifted to Bhasan Char so far. Bangladesh is currently hosting over 1.1 million Rohingyas in camps in Cox’s Bazar and Bhasan Char. Most of them have come to this country since August 25, 2017, when the Myanmar military launched a brutal offensive targeting the Muslim ethnic minorities.