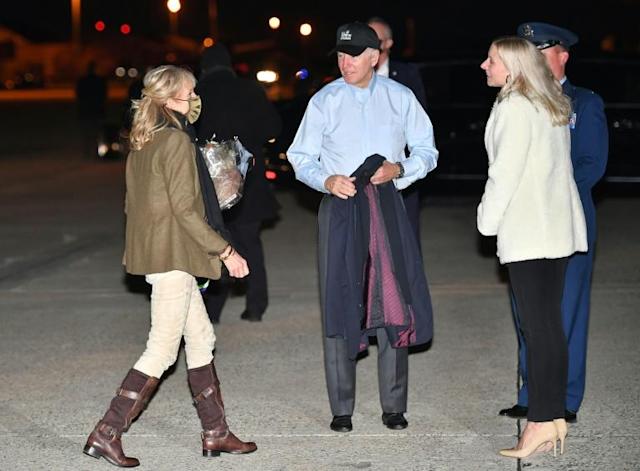 The woman yelling was one of a score of islanders braving a freezing night Tuesday to cheer Biden as his motorcade zipped from the airport through narrow lanes to the exclusive compound of billionaire family friend David Rubenstein.

Nantucket, a former whaling center out in the Atlantic off Massachusetts, is not a place where Biden has to worry about being harassed by Donald Trump supporters.

Such places are increasingly rare in a divided country.

“Nantucket is an escape from the real world,” said local resident Matthew Parker, 58.

Parker, who has owned the Seven Sea Street inn for more than three decades, was referring partly to the island’s geographical isolation and the back-in-time vibe of Quaker architecture and cobbled roads.

But islanders, who voted overwhelmingly for Biden over Trump in 2020, are also “very thrilled with President Biden being in office,” he said.

Biden has spent Thanksgiving with his wife Jill on Nantucket almost every year since the 1970s. This Thursday, he might just be more thankful than ever.

He’s coming off his best 10 days in office for several months, stemming a relentless tide of bad news which has seen his approval ratings plummet to 43 percent in the FiveThirtyEight average.

Last week he signed into law a $1.2 trillion infrastructure bill that his squabbling Democratic Party almost managed to sink. Democrats again overcame differences to send an even bigger bill on social spending from the House to the Senate.

Over the same period, Biden held summits with China’s President Xi Jinping, and the leaders of Canada and Mexico, served Thanksgiving turkey to troops in North Carolina, pardoned two other turkeys in a joke-filled ceremony at the White House and celebrated his 79th birthday with a medical exam declaring him “vigorous” and “fit.”

Oh — and Press Secretary Jen Psaki confirmed, despite whispers to the contrary, that he does intend to seek reelection in 2024. – Thanksgiving turkey squabbles –

Biden, accompanied by a dozen family members, is being put up at an estate overlooking picturesque Nantucket harbor.

A nearby shipwrecks museum and a spot named Poverty Point echo the island’s tough origins, but the Bidens’ version of Nantucket is a little different. This is an island where last year a beachfront house sold for $25 million and even a miniscule one bedroom cottage cost $400,000.

Rubenstein, who owns the harbor compound but is reportedly away, co-founded the Carlyle private equity group and is estimated by Forbes magazine to be worth $4.5 billion.

Republicans accuse Biden of living it up when Americans are still struggling to get out from under the Covid pandemic.

Inflation is at a three-decades high, with the price for a traditional Thanksgiving feast of turkey, vegetables and pies estimated by the American Farm Bureau Federation to have risen 14 percent from 2020.

“While you are in Nantucket, enjoying your meals at a billionaire’s compound, here are the prices that Americans are paying for their Thanksgiving dinner — the most expensive one in history,” the Republican leader in the House, Kevin McCarthy, tweeted.

The criticism ignores that US presidents have always vacationed in exclusive places, not least Trump, who regularly brought the huge White House entourage into his own hotels and golf courses.

“This is a time to put politics aside, spend time with your loved ones, and talk about what you’re grateful for,” Psaki said in response to those bashing Biden.

Biden has until Sunday. The flight back to his other world, Washington, DC, takes only just over an hour. 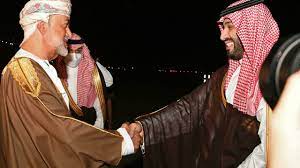