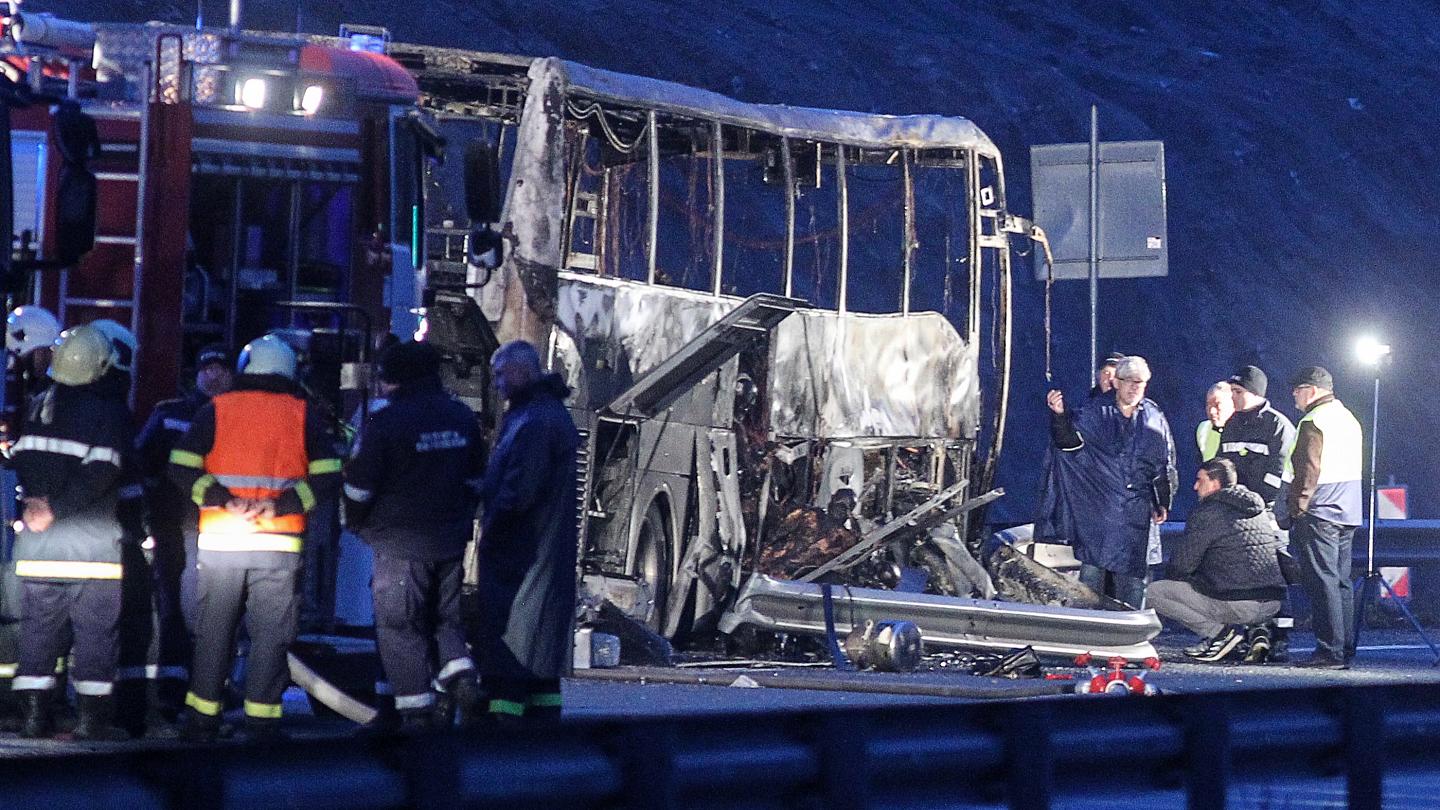 BOSNEK, Bulgaria,  – Forty-six people, including a dozen minors, were killed after their tourist bus caught fire on a Bulgarian highway early Tuesday in Europe’s deadliest road accident in the past decade. A cause has yet to be determined but officials believe the bus crashed into the guardrails and caught fire while travelling from Istanbul in Turkey to Skopje in North Macedonia.

There were no other vehicles involved in the accident, which occurred around 2:00 am (0000 GMT) on a highway about 40 kilometres (26 miles) from Sofia, near the village of Bosnek. Seven people — five men and two women — survived. “Unfortunately, there are many victims, 46, including 12 minors,” North Macedonian Health Minister Venko Filipce told public BNT television after visiting the survivors in a Sofia hospital.

The survivors include a 16-year-old girl and are all from the same family and in stable condition, official said. The dead were mostly from North Macedonia and from different ethnic groups and also included a Belgian and a Serbian national, officials said. Local media in Macedonia said the bus was registered with the “Besa trans” tourist agency, which organises tours to Istanbul.

– ‘Explosion’ – Bulgaria’s interim Prime Minister Stefan Yanev said a probe into the accident had been launched, dismissing the suggestion that road conditions were to blame. Images showed the carcass of the charred bus after it broke through the guardrails between the two sides of the highway. North Macedonian Prime Minister Zoran Zaev told state news agency MIA that he had spoken to one survivor.

“He explained that they were sleeping in the bus when an explosion was heard. They succeeded in breaking one of the windows and saved a few people. Unfortunately, the rest did not succeed,” he said. “It is a great tragedy… 12 (victims) are under 18 years old, and the rest are young people about 20 to 30 years old,” he added. Bulgarian national police chief Stanimir Stanev said the bus driver died “immediately so there was no one able to open the doors”.

Survivors “jumped out of the windows”, said Maya Arguirova, head of the treatment centre for severe burns where they were transported. Bulgaria’s Interior Minister Boyko Rashkov was among those who rushed to the site of the crash. “It’s a terrifying scene. I haven’t seen anything like that before,” Rashkov told journalists. “Nobody can say for certain how many were there and who they were.

The bodies are badly burned and have to be identified one by one,” he added. Frantic relatives of those on tours to Istanbul organised by the agency were trying to contact their loved ones in the hope they were not on the ill- fated bus. “We are calling Besa tours non stop, but no one is answering for hours,” Xhelal Bakiu told reporters in Skopje, saying he had been unable to reach his cousin on the phone.

– ‘Europe stands with you’ – Bulgaria has a history of deadly bus accidents, but Tuesday’s disaster is the worst, according to officials. Twenty Bulgarians died in 2018 when their bus skidded on a wet road and overturned. EU chief Ursula von der Leyen sent her “deepest condolences to the families and friends of those who perished in the tragic bus accident” and wished “a fast recovery to those injured”.

“In these terrible times, Europe stands in solidarity with you,” she said. Russian President Vladimir Putin also expressed his “sincere condolences” and said he hoped for “the speedy recovery of all those wounded”.

A total of 628 people died in road accidents in 2019 and 463 in 2020 in Bulgaria, according to official data. The accidents were often attributed to poor road conditions, outdated cars and speeding. Tuesday’s accident occurred on a section of highway with steep gradients and without clear demarcation lines, where many accidents have taken place, according to Diana Roussinova of a road safety NGO, which has complained to authorities about the stretch in the past. In Europe, in one of the worst accidents in recent years, 43 people died in 2015 when a coach carrying a pensioners’ club collided with a lorry and caught fire in southwest France. 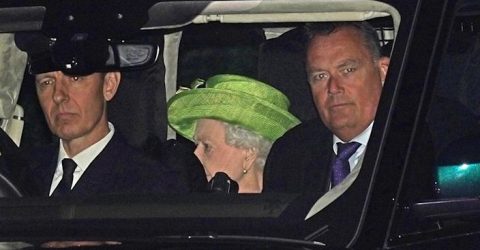