Shafiqul Islam (Jami)
Minister of Environment, Forests and Climate Change Md. Shahab Uddin said that the present government is trying to save the dolphins. The government is working sincerely to make this activity a success. But many people deliberately kill the animal for a variety of reasons, including collecting dolphin’s oil. Rewards will be given to those who provide information on these dolphin killers to the Forest Department. He made the remarks at a discussion meeting on the occasion of International Freshwater Dolphin Day-2021 organized by the Forest Department on Sunday (October 24). The theme of this year’s Dolphin Day is ‘If there are dolphin dolphins, it will be a good river in the country’.

Referring to various initiatives taken by the government for the conservation of dolphins, the Forest Minister said that seven dolphin conservation teams have been formed for the conservation of dolphins in the Sundarbans and similar teams will be formed in other areas as well.
Training is being given to those concerned including fishermen. The government has so far declared nine dolphin sanctuaries in the country for the purpose of conserving dolphins, and other areas will also be declared.

Shahab Uddin said the Dolphin Action Plan and Dolphin Atlas have been prepared. The number of dolphins in the Halda River has been determined and a management plan has been formulated. The Wildlife (Conservation and Protection) Act provides for imprisonment for up to five years or a fine of up to TK 5 lakh or both for repeat offenses of killing dolphins.

He said people dedicated to the conservation of nature and wildlife in the country should work diligently from their respective places to protect the dolphins. With the concerted efforts of all, we will succeed in the dolphin conservation program. 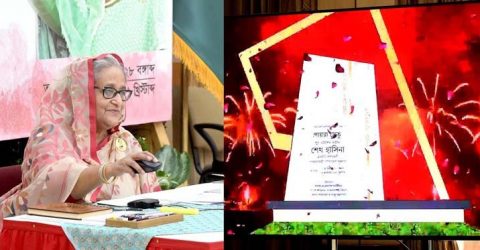 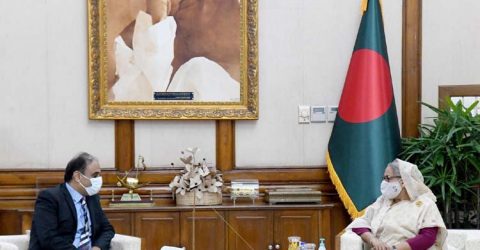