How far is JnU NEW campus from materializing ?

Nakibul Ahsan Nishad
Although the initiative to build a new campus for Jagannath University was taken five years ago, so far the land acquisition has not completed yet. The master plan for the construction of the new campus was not materialized due to major irregularities. There have also been allegations of corruption and irregularities in land acquisition. In the meantime, about one and a half thousand crore taka has been spent on these works.

However, there is a big discrepancy between the university authorities and the Ministry of Education regarding this amount of money. The Ministry of Education has rejected the proposal of former Vice-Chancellor (VC) Professor Mijanur Rahman to appoint a consulting firm without paying attention to the rules and regulations. Under the direction of the new VC, Professor Imdadul Haque, the university authorities have canceled the recruitment process of hiring the consulting firm and re-floated the tender.

Concerned people said that in August 2016, the students of Jagannath University started a movement demanding the construction of a university hall on the land of the former central penitentiary in Old Dhaka.

In the wake of the student movement, Prime Minister Sheikh Hasina announced the construction of a full-fledged campus in Keraniganj to permanently solve the problems of the students of Jagannath University. The ECNEC meeting in October 2016 passed a project titled ‘Establishment of New Campus of Jagannath University: Land Acquisition and Development’. It would cost BDT 1920 crore 94 lakh. The project was approved for implementation between October 1, 2016 and June 30, 2020.

Five years later, the university administration has managed to acquire only 188 acres of land. This work has not been completed yet, 200 acres of land will have to be acquired. Major irregularities in the way files are handled in the ministry, the work of the master plan for setting up new campuses is given to certain companies and work has come to a standstill during the Covid-19 crisis. In this situation, the duration of the project has been extended to June 2023.

However, the project officials could not say in which sectors Tk 541 crore has been spent. It is learned that at the beginning of 2019, a purchase proposal of around Tk 29.59 crore was approved for the recruitment of a consultant for the new campus project. After that 18 companies submitted tenders.

In November of that year, the proposal evaluation committee shortlisted five companies. Of them, three consulting firms submitted technical and financial proposals in March 2020. Among these three organizations, Srijani Advisors Limited achieved the highest score in the technical assessment and the value of their services was sought to be BDT 4 crore 8 lakh 51 thousand. But on the advice of the then Vice-Chancellor Professor Mijanur Rahman, it was recommended to hire a construction company, Urbana, as a consulting firm, with a service cost of Tk 21 cores 60 lakh.

However, the Ministry of Education did not approve the procurement process for the appointment of consultants and preparation of the master plan as it was not in accordance with the PPR.

The current VC Prof. Imdadul Haque said about the progress and planning of the new campus, there were complications in the tender for the master plan. The whole process has been canceled and the process of inviting new tenders is going on.

Asked in which sectors of the project Tk 1441 crore has been spent, project director, Shahadat Hossain said, “so much money has not been spent. The information provided by the Ministry of Education is fake.”

However, an application was made to the university administration under the Right to Information Act three months ago seeking an account of the expenditure, but no reply was received. 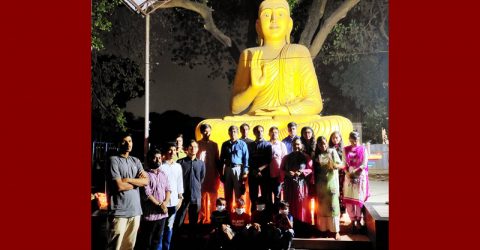 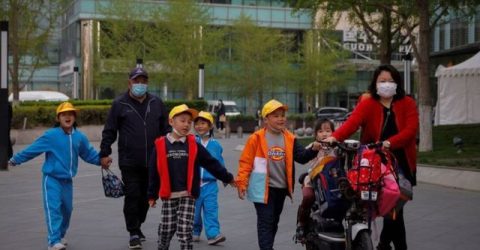