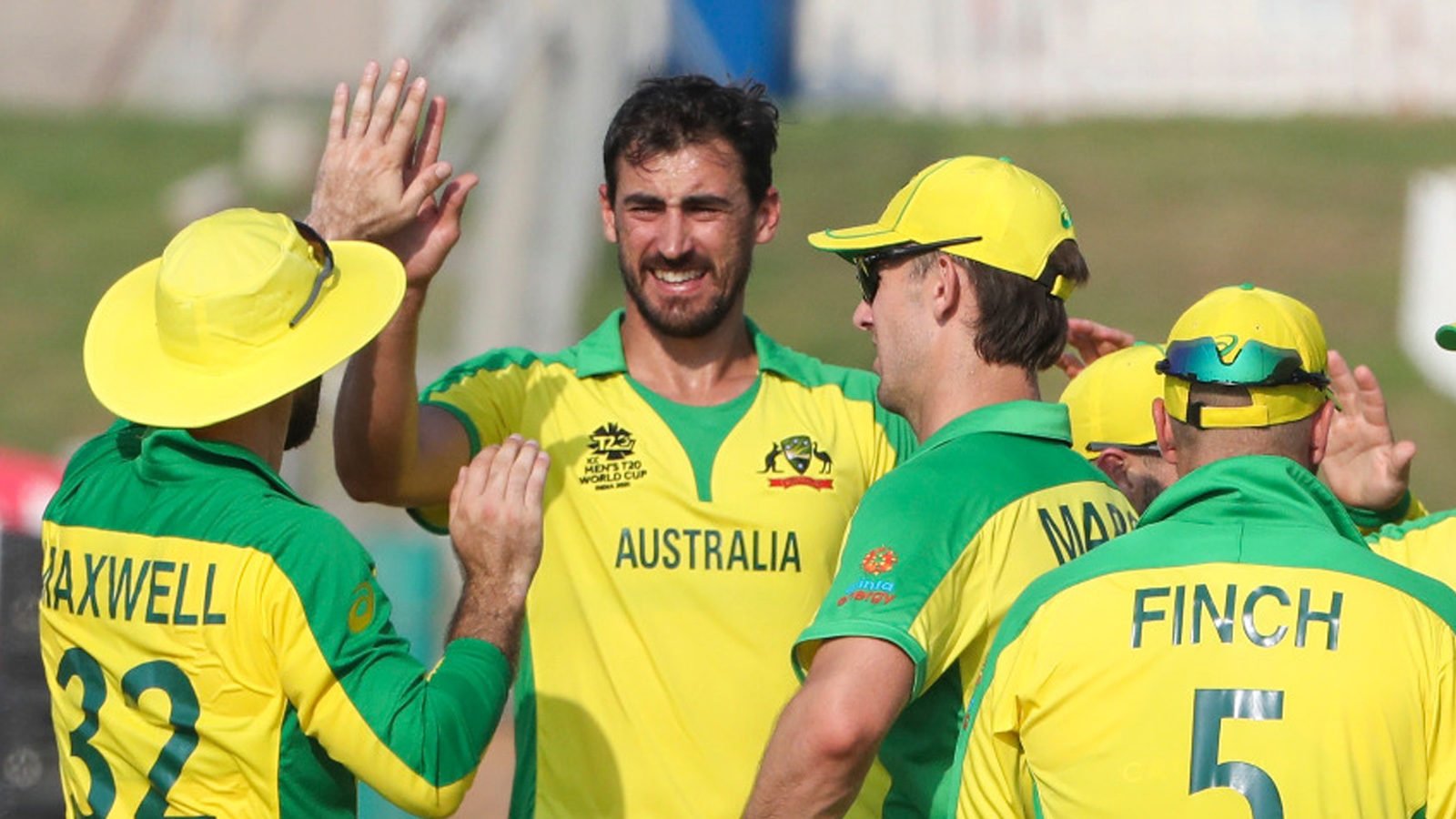 ABU DHABI,  – An unbeaten stand of 40 by Marcus Stoinis and Matthew Wade saw Australia to a five wicket win over South Africa in the opening match of the Super 12s of the Twenty20 World Cup on Saturday.

Chasing 119 for victory, Australia were in trouble at 81-5 but Stoinis (24) and Wade (15) steered them home with two balls to spare in Abu Dhabi.