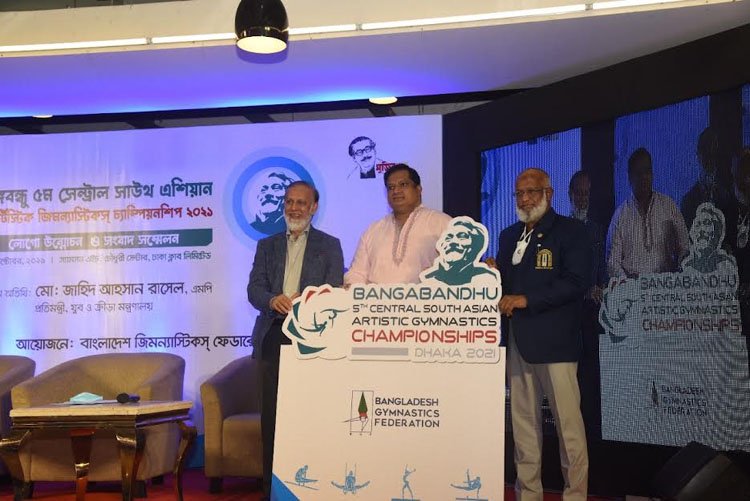 Dhaka, -The Bangabandhu 5th Central South Asian Artistic Gymnastics Championship 2021, organised by the Bangladesh Gymnastics Federation is set to kick off on October 28 to mark birth centenary of the Father of the Nation Bangabandhu Sheikh Mujibur Rahman.

The four-day long international tournament which will run from October 28- 31, involves six countries including hosts Bangladesh. The logo of the tournament was unveiled today kick start the extravaganza formally.

Zahid Ahsan Russell, MP, the State Minister for Youth and Sports unveiled the logo of the tournament as the chief guest at Dhaka Club. Presided by the president of the federation Sheikh Bashir Ahmed Mamun, general secretary Md Ahmedur Rahman Bablu gave welcome speech in the programme. Speaking on the occasion, the State Minister for Youth and Sports said, “It is undoubtedly a news to savour that an international event is being organized in our country after being stranded for a long time due to the COVID-19 pandemic.

This year’s event has been named after Father of the Nation Bangabandhu Sheikh Mujibur Rahman. The Bangladesh Gymnastics Federation has made a good effort to pay true homage to Bangabandhu by organising such a meet in his name on his birth centenary.”

“I believe that athletes from different countries will impress the spectators by showcasing their unique sports style in this event.” The successful organisation of this event will add a new dimension to the celebration of the 50th anniversary of Bangladesh’s independence also, he opined.

“Besides, I believe that the guests coming on the occasion of this event will also be able to enjoy the traditional hospitality of Bangladesh,” he said, Elaborating on the tournament, Sheikh Bashir Ahmed Mamun said, “We organised the 4th Sultana Kamal Central South Asian Artistic Gymnastics Championship in 2011 10 years ago.

This time we are organising Bangabandhu 5th Central South Asian Artistic Gymnastics Championship.” He informed besides Bangladesh, Nepal, Sri Lanka, India, Uzbekistan and Pakistan are also participating in this year’s event. A total of 170 people, including 67 gymnasts, coaches, judges and officials from six countries are participating in this year’s event.

A total of 22 events will be held in three categories (male senior and junior and female). 12 gymnasts from Bangladesh will take part in the three events. Foreign Minister Dr AK Abdul Momen MP will be the chief guest at the inaugural function at Mirpur Shaheed Suhrawardy Indoor Stadium on October 27 at 4 pm. Margarita Mamun, a Russian gymnast of Bangladeshi descent who won a gold medal at the Rio Olympics, will be present at the opening ceremony as a goodwill ambassador for the tournament.

Bangladesh qualify for 2022 T20WC in Australia 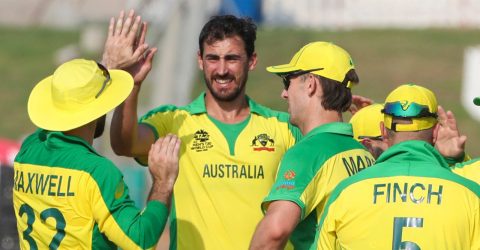