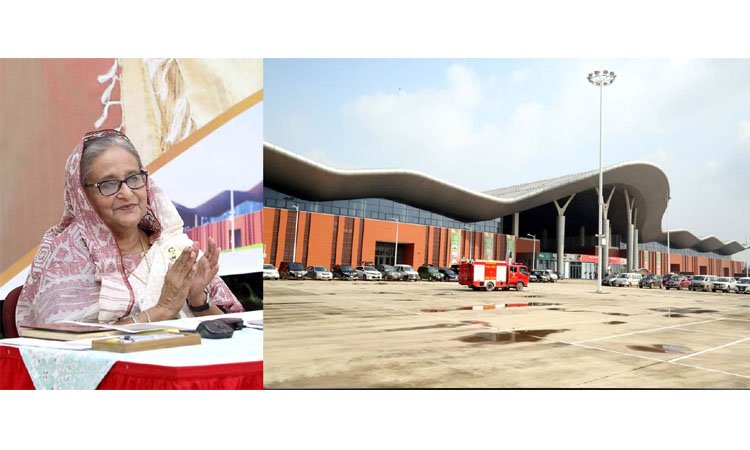 The premier opened the center joining virtually from her official residence Ganabhaban here. The exhibition centre will be the permanent venue for different product- based fairs throughout the year, Project Director Mohammad Rezaul Karim told BSS on Wednesday. Export Promotion Bureau (EPB) undertook the BBCFEC Construction Project in Purbachal New City Project Area with co-financing of Bangladesh and China, he said.

China State Construction Engineering Corporation (CSCEC) has built the exhibition centre on 26 acres of land. The project director said the BBCFEC has 33,000 square metres of floor space, housing two exhibition halls covering 15,418 square meters each, which have the facilities to feature more than 800 stalls.

Chinese Ambassador to Bangladesh Li Jiming and Commerce Secretary Tapan Kanti Ghosh also spoke at BBCFEC. A documentary on the development of Bangladesh and BBCFEC was screened at the function. Meanwhile, EPB is planning to organize the 26th edition of Dhaka International Trade Fair (DITF) at the BBCFEC, as it has received the nod from the commerce ministry to hold the exposition, according to the officials familiar with the process.

DITF has been organized 25 times since 1995 at Sher-e-Banglanagar in Dhaka. The government took the initiative to shift the fair to Purbachal to avoid the severe traffic congestion during the DITF time in Sher-e-Banglanagar, where the key government offices are located.