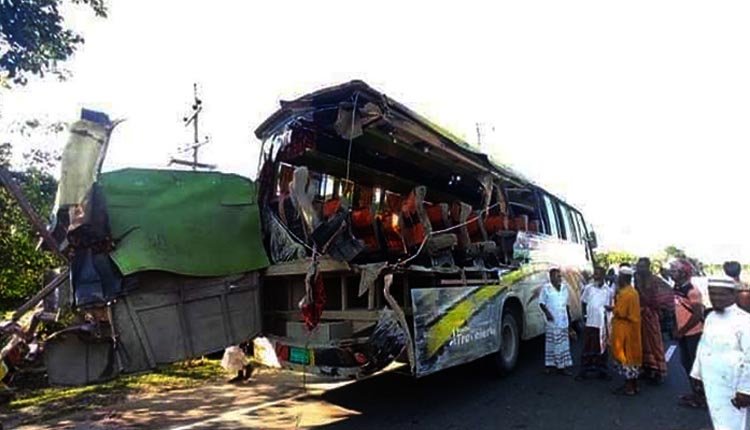 MYMENSINGH, – Seven people, including five of a family, were killed as a truck hit a standing passenger bus on Dhaka-Mymensingh Highway in Trishal Upazila of the district this afternoon.

The deceased were identified as Fazlul Haque, 35, hailed from Morolbari village in Phulpur Upazila, his wife Fatema Begum, 28, their daughter Azmina, 09, son Abdullah, 06, and father-in-law of Fazlul Haque Nazrul islam, 55.

The identities of two of the deceased could be known yet. Officer-in-Charge of Trishal Thana Moin Uddin said the accident took place in Chelerghat area at around 3 pm on the Highway.

One held with fire arms in C’nawabganj