Zihad Rana, Barishal Bureau
The waterways of Barishalcan reminisce anyone with the spiral waterways of Venice of Italy. The waterways consist of rivers, lakes, ponds have sprawled this land since the ancient times. Recently several villages of Uzirpurupazilla made headlines with its eye-catching lake of water lily. The visitors are awe struck by the beauty of the water lilies. As a result, the fame of this particular lake has now spread to beyond the borders of the country. During the season, a lot of tourists come from far-away places to enjoy this natural beauty. Therefore, the people of the region find a way to earn some income during this season. However, as the evanescence of beauty lasts for only three months of year, no tourist center or any standard hotel or motel has been established permanently. Considering the various inconveniences of the visitors, the Ministry of Tourism has recently allocated BDT 4 million for an infrastructural development project.

The locals are hoping that if this is implemented, the number of tourists will increase as well as the socio-economic development of the local residents.
North Satlais a village of Satla union in the remote area of Uzirpurupazila, about 60 km from Barisal city. Here, lake Satla is known as the kingdom of water lilies. Tourists will catch a glimpse of red and green lilies of about 10 thousand acres of wetlands from afar. Water lily is highly valued not only for its beauty but also for its delicious food. The local inhabitants of the area have chosen to pick water lilies as a way of earning a living.

They set out in small boats before dawn to pick up water lilies. Hundreds of families are making a living by picking water lilies from the water and selling them in the market. Water lilies have been growing on this lake for almost two hundred years. About 50 per cent of the indigenous people in the area are involved in water lily cultivation and marketing. In the past, the plantused to grow in water and rot in water as there was no such demand. As the demand for rhizome of the plant as a food increased day by day, day laborers started selling it in the market. Water lily is now available almost all year round. Especially the people of this region are giving priority to this plant in their food list.

Besides, the income from fish farming in this huge wetland is more than crores of taka every year. The member of local constituency, Md. Abul Kalam Biswas said that different species of fish:Ruhi, Katal, Boal, Chital, Grasscarp and silver carp are cultivated in this lake every year. He also said that about Tk 1.5 crore worth of fish was sold from the lake last year. However, there are also complaints from local landowners about fish farming. Several residents, who did not want to be named, said that even though the influential people enjoy the benefits of fish farming, the poor are being deprived. Hawlader, a member of the ward 7 of the local constituency, said that after the water receded as a result of fish farming, the farmers here get a lot of benefits in paddy cultivation. Moreover, the yield of paddy is also higher.

Every year at the beginning of the Bengali month of Shravan, water lilies start blooming in this lake. The duration of which varies from 3 to 4 months. However, there is much water in the lake for 6 months of the year. The water opens the way for the people of the region to earn income. Tourists, especially those who come to enjoy the beauty, pick up the plant and sell it, cultivate fishand when the water dries up, they produce crop. Ujjal Biswas, a local resident, said he was employed in other occupations throughout the year but sailed on the bill during the tourism season.

About 50-60 boats ply on the bill for tourists. Each boatman earns an average of BDT 500 to 600. And on the closing days, everyone earns about a thousand taka.

Afzal Habib, the head of a 10-member tourist group from far-flung Chittagong, said he had brought a motorcycle to enjoy the beauty with his own eyes after watching a documentary on YouTube. However, as there is no residential hotel, good quality restaurant or rest house near this lake, he has moved to a hotel in Barisal city. He came here 5 am in the morning so that he can relax and enjoy.

The newly elected chairman of Satla Union, Md. Shahin Hawlader said that MP Shah Alam of Parliamentary Constituency-2 (Banaripara-Wazirpur) has given DO letter for road and infrastructural development. Moreover, restrooms and washrooms for tourists will be set up here soon. He said if Satlalake can be converted into tourism, employment opportunities will be created. Moreover, a huge fishing center has been set up around this lake, he said.

Wazirpur Upazila Nirbahi Officer Pranati Biswas told Bangladesh Today that the beauty of the lake lasts for a maximum of 3 months. As a result, no decision or proposal is being made to develop it as a tourist destination. However, considering the issue of tourists, contrary to the project proposal, the Ministry of Tourism has allocated Tk 4 million for infrastructural development. Development work includes construction of rest houses and construction of decks in the bill. From where tourists can enjoy the beauty of the entire lake. The public tender has been floated. Development work will start as soon as the water level of the lake will go down. 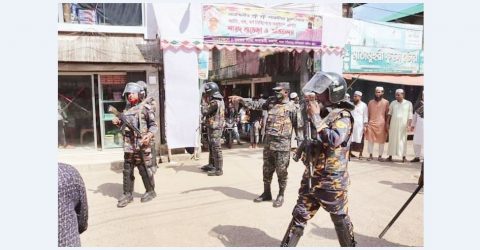 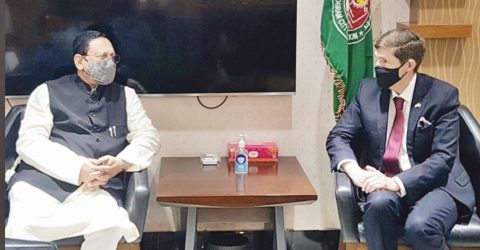