PM is expected to stay the course

We have been observing with great satisfaction the crackdown that was initiated from last March with actions against casino operators. Gradually, the crackdown spread into other sectors as well. But at that time, overthinking and undue pessimism was noted in some quarters that the crackdown would soon peter out and all would be business as usual. But blissfully the juggernaut against crime and corruption launched from the highest level of power in the country has only grown stronger and stronger.

Day after day the dragnet against the czars of corruption, fraud, illegal amassing of wealth, bribery, misuse of official power, etc. has ben rolling on sparing nobody. Most importantly, the drive has shaken off attempts at influence peddling in favour of identified guilty ones notwithstanding their political connections or profiles. Indeed, in the entire history of Bangladesh there is no record of a government moving so undauntingly or fearlessly against members of its own political partysuch as the presentanti crime and anti corruption drive under the leadership of Prime Minister (PM) Sheikh Hasina.

Indeed, people of the country are one in hoping that no power will be able to prevent the PM from staying the course all the way. The same have only reaffirmed the reality that in Bangladesh todaynobody is the above the law and the arm of the law will grab any one otherwise wrongfully perceivedas untouchable.

While deeply appreciating this fact, there is one aspect to which the people expect their government’s attention must be directed fully. This is their keen expectation that not only the sultans of crime and corruption be caught with their arrests and starting of cases against them. People expect that simultaneouslythe arrested ones or their family members must not be allowed to use their illegally amassed wealth in the slightest to cover up their misdeeds or to go on enjoying their ill gotten wealth in other ways. We have seen very recently initiatives taken by a specialised agency of the government to freeze the bank accounts of certain crime lords and their family members. But we believe that such initiatives must not be limited to tokenism only.

For example, the Anti Corruption Commission (ACC) has started a case against an alleged delinquent and murderer in the police service, one former OC Pradeep on charges of owning a mere 4 crore Taka in excess of his declared sources of income. But realistically and according to fair media reports he indirectly owns properties worth hundreds of crores of Taka not to speak of hundreds of crores hemoney laundered into other countries to be stashed away in secret accounts or for buying real estate. People want that ACC should start investigating all such monies and properties in entirety , gained through crime and corruption and lay claim to these or make any further sale or use of such properties by them, impossible.

Media has reported credibly on the great corruption indulged in by the so called managing director of as non bank financial institutions. (DFIs). He has allegedly misappropriated hundreds of crores of Takain this manner from other DFIs and laundered them abroad to buy properties and other assets. This man is currently living comfortably in Canada and the hands of the law cannot reach him there.

Our point is : should our legal process be limited to only starting or investigating cases against them ? Or should we feel a smug satisfaction that some of them could be arrested ? No, certainly not. There would be people’s satisfaction and appreciation from only knowing that these nabobs of corruption and crimewill never be in a position to enjoy or use their ill gotten wealth again, even partly.

Government’s relevant agencies and the Central Bank must track down each and every secret or open bank account of such individuals within the country and freeze them instantly. All out efforts must be made in collaboration with foreign governments and authorities to bring back to Bangladesh the monies and values of properties of these persons in foreign territories. The same would then be deposited in our public treasury for spending as deemed fit by our government.

No leniency should be tolerated in the process. Any effort to help the accused in these matters from bribery and other means, also will have to be sternly investigated, prevented and punished. Of course the accused may be allowed to spend with official permission reasonable amounts from the seized or frozen funds to pay for their allowable legal expenses and family maintenance. But the seized amounts of cash and properties to remain on settlement of the cases against them, the same must be deposited in the public exchequer for spending on country’s development activities and projects for the welfare of common people.

We believe that doing such things, fully and successfully, will earn for the government of the day in Bangladesh sky high recognition for a good deed done and lasting support from the rank and file of the people.

We also call on the governments and people of those countries which are proving to be shelter givers of the crime lords of our country to wake up to their responsibilities. These front rank countries of the world are regarded as so for their achievements in so many things. But such profiles are likely to be tarnished soon as more and more people in developing countries like ours find out that the administrations and certain people in these countries do not mind complicity with law dodgers in our country for pecuniary gains. So, it needs to be wake up time for the authorities in those countries as well.

Universities are going to reopen:What are the challenges ahead? 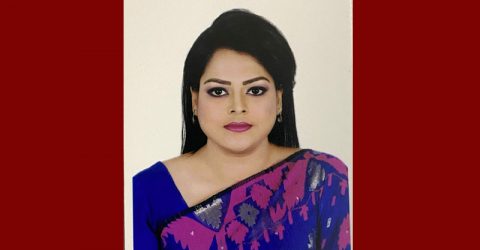