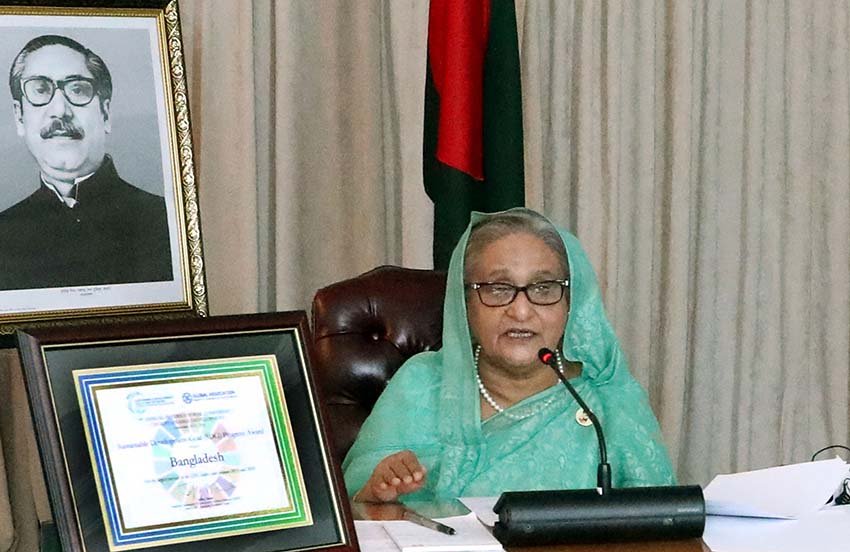 NEW YORK,  – Prime Minister Sheikh Hasina has urged the Bangladeshi expatriate in the USA to invest in their motherland taking her government’s attractive offers to draw more investments as she spoke at a press conference after a civic reception here.

“You, the Bangladeshi expatriates, alongwith the US nationals can invest in Bangladesh,” she said after being accorded the reception by the US chapter of the Awami League at LaGuardia Airport Marriot Hotel here on Friday night (BD time early today).

While replying to queries of the newsmen working in New York, the Prime Minister told Bangladeshi expatriates that her government has been offering attractive stimulus packages and advantages to the investors at home and abroad.

Mentioning that as many as 100 economic zones are being set up across the country, she said Bangladeshi expatriates and the Americans can invest in Bangladesh capitalizing on the benefits offered by her government.

“The expatriates will get more advantages to this end,” she said.

“We are giving good offers to everyone. Expatriates are being provided with better facilities (in comparison to others). So, they can take the opportunity and invest in Bangladesh,” Sheikh Hasina said.

The New York Awami League and its associate bodies accorded reception to the Premier who arrived in the USA on September 19 via Helsinki to attend the 76th United Nations General Assembly (UNGA).

She will leave New York for Washington DC today after wrapping up her weeklong official visit there. The Prime Minister is scheduled to reach Bangladesh on October 1.

The Prime Minister said the overall development would not be ensured unless measures are taken for the welfare of the entire humankind.

“Development without balance will not survive,” she added.

Replying to a query about what she wants from the journalists, Sheikh Hasina, also president of the Awami League, said, “Newspapers are the mirror of society. They have a responsibility to society. So, they should play a constructive role rather than making indiscriminate criticisms.”

The Prime Minister said the journalists and the newspapers would have to work for the welfare of the country and its people rather than undermining any one giving false allegations.

In this regard, she said she called upon the countrymen after the Covid-19 pandemic began not to let a single inch of land uncultivated to ensure food supply not only for Bangladesh but also for other countries during the possible hardships.

In reply to another question relating to creating enemies at home and abroad and taking risk of life raising her voice against discrimination, the Prime Minister said, “Some people have to take risks for the deprived people.” 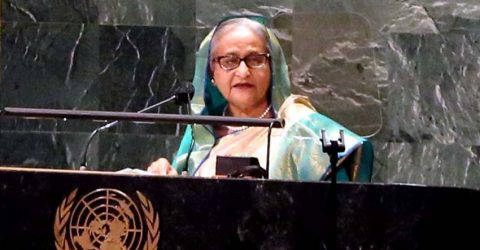