From physician to legislator-risen to the heights

Dr P R Datta
Whether traversing deserts, oceans or even our great cities, there is a need for navigational aids to ensure that we increase the likelihood of reaching our chosen destination. In an increasingly complex world, those individuals who find themself in or aspire to leadership roles must appreciate the vital means by which one can avoid potential hazards to face challenges and dangers when they arise. Authentic leadership sees individuals and institutions focus on responsibility rather than power. Leaders with a solid educational background strive to improve and make beneficial societal improvements. By having a more apparent appreciation of stakeholder’s leaders are better placed to innovate and adapt, increasing the chance of survival.

Leadership, especially in a national context such as Bangladesh, is very controversial. This is possibly mirrored in our society’s myriad negative implications of leadership. One of the most important reasons is that leaders and legislators are seen as vital democratic actors who can define and guide a country toward success. The second argument is that they are able to do so because they have power and authority, which should be viewed and understood in terms of the common good. Many leaders in our society have truncated visions in which egalitarianism is in an unpopular territory. When we apply this complex phenomenon to the “legislative leadership” area, we can intuitively gauge why we do not have “true and visionary leaders” ad infinitum in the public domain who will work for society and bring social harmony & unity.

In the recent political arena, the nation witnessed something extraordinary happen when one of the most successful and well-respected physicians, Prof. (Dr) Prangopal Datta, became a legislator to serve his constituents and the nation. Isn’t this a fascinating chapter in Bangladesh’s political history? It may not be for many, but it is a ray of hope, new aspirations, new movement, or a path to progress and prosperity for others. Critics of politics will raise their eyebrows or sigh deeply, wondering how to strike a balance between efficacy and pragmatism and achieve maximum societal good with the limited national resources that political leaders will have at their disposal. This is, of course, a problematic proposition not only for a country such as Bangladesh but also for countries that have excelled in political and democratic fitness for generations. This may be a strenuous task to bring all sections of society together because leadership is the scarcest commodity in the political arena.

This is not a political debate, and I have no desire to promote any particular philosophy or objective. Instead, this article concentrates on the good aspects of national politics when an educated, aspiring, moral, and professional practitioner enters politics. Are there any links between knowledgeable, ethical individuals and democratic institutions that need to be protected?

Taking the country forward in all aspects – socially, economically and politically-is a mandate that the legislatures are charged with. A long time ago, philosophers of the stature of Aristotle had argued, after law and order, economics takes the front seat in terms of priorities. The implications are clear. Generally speaking, an economically strong country gains leverage that makes it noticed by other countries on the world stage. Therefore, the law-making authorities have to provide the leadership that drives economic growth, a more realisable phenomenon. However, achieving economic growth is not an end in itself. The results of that growth must be filtered such that all sections of the society benefit. This is where legislatures, as institutions, are so crucial in ensuring their respective countries’ progress. “Power” is vested in them to bring concrete returns to the expectations of the stakeholders. Legislatures are essential catalysts of “Change” – the consequences must be socially productive and acceptable.

We have seen many cases when physicians become politicians worldwide, which is very common in some countries than we might suspect. During covid-19, when Ireland was having struck by the crisis, Prime Minister of the country Leo Varadkar was working once a week to serve the healthcare system. This is a rare case when we see a high-profile politician also serves as a frontline medical doctor. It seems for some attributes being a successful physician’s pair well with those needed to be a politician. Qualities such as good time management & discipline, ability to think carefully, organised & conscientious, empathetic, curious, collaborative, and persistent in advocating for their clients are essential in both roles.

However, when it comes to public trustworthiness, both have different levels. People will trust a doctor more than a politician; they will believe what they say to their patients, but they will not have the same amount of trust in a politician. Prof. (Dr) Prangopal Datta is not the first Bangladeshi physician to become a legislator. Others were also involved in politics in Bangladesh, but their legacy and contributions to society were well-known. Che Guevara, Argentina’s former president and best-known revolutionary leader, was a well-known dermatologist. Many medical practitioners in America have been involved in politics. Four doctors signed even the American declaration of independence in 1776.

A renowned physician rises to the position of Chief Minister. Dr. Bidhan Roy was a fundamental architect of contemporary Bengal in West Bengal. Dr Roy and his visionary leadership aspiration helped him navigate the civil disobedience movement before becoming one of the most successful Mayors of Kolkata, then Calcutta. On the other hand, he never failed to offer his skills and contribute to the advancement of the healthcare system. He brought quality healthcare services to ordinary people. He played an instrumental role in modernising the sector and created two prestigious medical institutions – the Indian Medical Association in 1928 and the Medical Council of India in 1934. He was committed to the nation and his profession. Even the day he died, on the 1st of July 1961, he was treating some patients in the morning. This remarkable legacy is well reflected when British Medical Journal described Dr Roy in its obituary as the “first medical consultant of India, who towered over his contemporaries in several fields”.

Dr. Ram Yadav was a well-known physician in Nepalese politics and was the country’s first president (2008-2015). He carried out his duties with utmost seriousness and accountability, and his presidency was defined by dignity. As a result, I am confident that there are some similarities between the two in terms of their knowledge, traits, talents, and awareness of the sector required by legislators. I recall the wisdom of French Philosopher Voltaire, who wrote, “Men who are occupied in the restoration of health by the Joint exertion of skills & humanity are the greatest human of the earth”. When I consider the society in which we live, I am occasionally bewildered. What are the reactions of highly educated top practitioners and well-informed and critical individuals to a political system with weak institutions, where corruption is one of the most significant roadblocks to development? Corruption is often regarded to have an impact on democratic beliefs and behaviours. Do politically sophisticated, well-educated citizens, like low-educated non-aspirational persons, sense resignation when corruption is high? These are the key questions that are causing me to have serious reservations. Corruption, in my opinion, is the most egregious evidence of Bangladesh’s poorly organised public institutions.

Even though we recognise that a well-run democracy and corruption cannot coexist, corruption threatens democracy’s functioning. I know there is no countries or democracies in the world that can pride themselves on being completely free from institutional corruption, but our situation is intolerable. Can we expect a highly educated, competent, aspiring, and critical political player like Prof. (Dr) Prangopal Datta to be active, dynamic, and able to make any significant changes in the society when corruption and a toxic political atmosphere are the norms of the institutional system? Only the passage of time will determine the outcome. I contend that educated legislators will have high levels of institutional trust, political efficacy, and political engagement. To improve institutional quality, they will use a different approach. However, it has been demonstrated that educated politicians with high morals are better able to detect institutional flaws and, as a result, are more focused on improving the quality.

According to my observations, as the level of corruption rises, so does top-tier professional legislators’ discontent with the way democracy operates. Even though corruption is ubiquitous in our society, with a weak institutional system and corrupt officials always attempting to skew policy execution, it is believed that being moral, ethical, educated, and politically sophisticated will improve policy implementation. Prof. (Dr) Prangopal Datta, who served twice as Vice-Chancellor of Bangabandhu Sheikh Mujub Medical University (BSMMU) and is one of Bangladesh’s top physicians, demonstrates a higher possibility of favourable institutional attitudes and behaviours, in my opinion. Prof. Datta has a stronger ability to bring his positive self-regarding attitude, even if he may feel disempowered in some circumstances regarding official political institutions. It’s also worth noting that most political allies have distinct reasons for pursuing their political ambitions. Some may be adamantly ideological, while others yearn for higher office for financial gain or exert power and authority for more significant clout; others may have no ambitions other than serving society and contributing to social development and advancement.

Prof. Datta has the mentality to recognise institutional flaws, particularly in the healthcare and education systems. He has a deeper understanding of political corruption and a more robust dedication to democratic norms.

The Writer is Educator, author, and researcher and Executive Chair, Centre for Business & Economic Research, UK

It is time for a Gulf rapprochement with Iraq 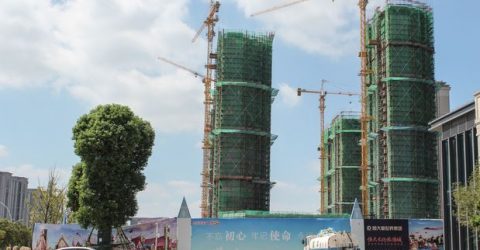