All projects for the welfare of the people will be implemented : Tajul

Asraful Islam Asraf
Minister for Local Government, Rural Development and Cooperatives Md. Tajul Islam said the government will implement any project that is beneficial for the country and the people even if it does not get funding from development agencies.

He was speaking as the chief guest at the inaugural function of the ‘Good Practices & Lesson Learned’ workshop under the Income Support Program for the Poorest (ISPP) care project organized by the Local Government Department at Hotel Sonargaon in the capital on Wednesday.

The Minister said Bangladesh is slowly moving towards development. If a foreign company does not finance a project that is beneficial and profitable for our country, will we not take that project! It must be taken and the government is taking it because we have that capability.

In this context, he said, many projects are being taken for the development of the country and the people. You don’t just have to take project, you have to implement them quickly. The project is taken and the end is over. But lessons must be learned from the project and the good practices of the project must be put to good use later.

Md. Tajul Islam said, every person in the country is an asset. There is potential in every human being. They have to use that latent talent. Referring to a quote from Father of the Nation Bangabandhu Sheikh Mujibur Rahman, the minister said, “Bangabandhu got the country destroyed after the great war of independence and said, ‘I have soil and people whether I have anything in the country or not.’ He started the work of building the country by transforming that land and people into resources.

The local government minister said that we have to work for our children, for our neighbors, for the people of the country and above all for world humanity. It’s not right to develop for a certain period of time or just thinking about that time as long as I live. Such mentality needs to change.

He said there is no alternative to strengthening local government institutions such as Union Parishads, Upazila Parishads and municipalities. It is possible to change the image of the country by strengthening or empowering them.

Referring to the care project as an exceptional project, the minister said that the project provides direct financial assistance to pregnant women and their children who are looking forward to their future health care. He also said that this project is a landmark and timely step of the present government.

Ms Dadan Chen, Operations Manager, Bangladesh World Bank, was present as the special guest at the inaugural function presided over by Deepak Chakraborty, Additional Secretary, Local Government Department and Project Director, Care Project. Additional Secretary Mustakim Billah Farooqi.
The project is being implemented in 444 unions in 43 upazilas of seven districts of two divisions (Rangpur and Mymensingh). Pregnant women in the project area also receive services through community clinics during pregnancy, weight and height measurements for children from zero to seven months of age, and financial assistance for the physical development and growth of children. 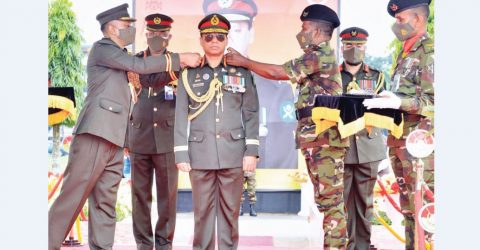