DHAKA  – Awami League General Secretary and Road Transport and Bridges Minister Obaidul Quader today said his party will not announce any programme to counter BNP’s rally in the city.

“We will not announce any counter programme against any party. But if BNP wants to create anarchy and sabotage in the name of political programme, the law enforces will take necessary measures,” he told a joint meeting of AL secretariat and the presidents and general secretaries of associate bodies at the party office at Bangabandhu Avenue here.

Quader said his party is getting further synchronized and taking preparations for the next general election.

“We are working on election preparations across the country. We have already done half of our polls preparations,” he added.

The AL general secretary urged the party leaders and workers across the country not to do fall in any ‘instigation trap’.

Quader said the party’s organizational train trip to northern district and road-show to Chattogram and Cox’s Bazar witnessed a mammoth gathering of people.

“The people are in election mood. They do not want any violence. The people have trust in Prime Minister Sheikh Hasina’s far-sighted leadership and politics for development,” he said, adding that the people have boycotted negative politics of BNP.

Quader said AL will conduct a week-long campaign at district, upazila and union levels across the country, including capital Dhaka, from October 1 ahead of the next general.

To hold their programme in a larger way, the alliance will hold a rally at Mahanagar Natyamanch on Saturday, he said, adding that it is not a counter programme against BNP.

About Jukta Front’s unity with BNP, Quader said at present Prime Minister Sheikh Hasina’s popularity stands at 66 percent and Awami League’s at 64 percent, according to the survey report of International Republican Institute (IRI).

National unity cannot be forged leaving the lions’ share of the people, he added.

He termed the Jukta Front’s unity as an alliance of nationalist communal unity. 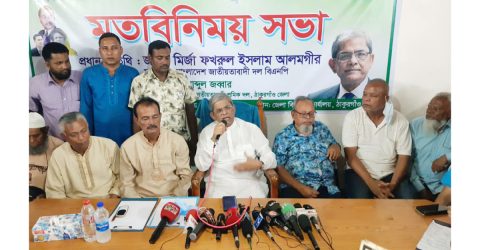 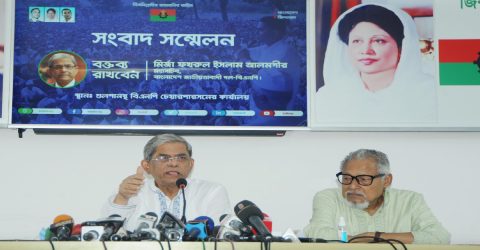