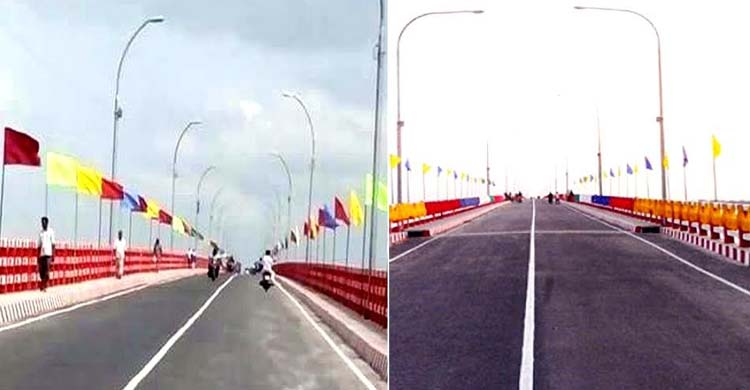 The Gangachara Sheikh Hasina Teesta Bridge is located at Mohipur point on the river Teesta in Gangachara upazila of Rangpur and Sheikh Hasina Dharla Bridge at Shimulbari point in Kurigram. Alongside improving communication networks, the two bridges have improved the economy and living standard of people playing a crucial role in ensuring fair price of agro-products even during the Covid-19 pandemic. Talking to BSS, local people said commissioning of the bridges has opened a new horizon since the beginning for quicker transportation of their agro- products to Rangpur city and other areas across the country.

The agro-based economic picture has changed now centering the two bridges and local farmers are getting fair prices of their produced paddy, rice, wheat, jute, potato, vegetables, betel nut and other agro-products. Farmer Mahtab Hossain of Purbo Ecchhlee village in Gangachara upazila said local farmers did not get fair price of agro-products as they could not take those timely to urban areas for lack of a bridge on the river Teesta at Mohipur three years back. “Because of the Gangachara Sheikh Hasina Teesta Bridge at Mohipur point, we are quickly transporting agro-products to Rangpur city and getting fair prices now,” said farmer Isahaque Ali of nearby village Paschim Ecchhlee.

They said they had to sell agro-products at throw-away prices to local middlemen for bad communication even three years ago before commissioning of these two major bridges. Teacher of Fulbari J. M. Model High School in Kurigram Aminul Islam said students had to travel extra 40-km distance to go to educational institutions in Rangpur from different upazilas of Lalmonirhat and Kurigram before commissioning of the bridges. Amirul Islam of Patgram upazila in Lalmonirhat said relatives of many patients of their areas had to cross an additional 40-km road distance for the Teesta on way to Rangpur Medical College Hospital (RpMCH) on emergencies three years ago.

“With commissioning of the Sheikh Hasina Teesta Bridge at Mohipur point, people of our localities are reaching RpMCH quickly at reduced costs,” Amirul said. President of Rangpur Chamber Mostafa Sohrab Chowdhury Titu said the two bridges have unlocked a new entrance to economic advancement alongside improving communication systems in the sub-Himalayan region. “Easier communication using the bridges has created a real opportunity to expand regional and international trade and promote agriculture, health, education and other sectors to change the socio-economic conditions of people,” he added. 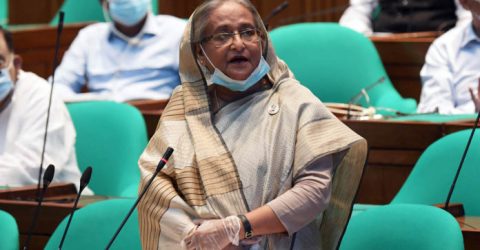