Md. Mekail Mia, Kashiani upzila (Gopalganj) Correspondent
Kashiani upzila, sits on the mid-western region of Bangladesh is a connecting point of Dhaka and Khulna. People of this upazilla are suffering from lack of medical facilities. This is due to lack of medical equipment, infrastructure problems, indifference of doctors, nurses, and other administrative staff. As a result, patients are being sent to Zila hospitals in Golapganj and Faridpur.

According to new sources,upazila’s31-bed county hospital was upgraded to 100 beds on January 1, 2020. To dated octors, nurses and staff have not been recruited for the augmented capacity. The allocation of medicine has not been increased; the operation is running from the existing budget approved for the 31-bed hospital.

Kashiani and the outlying town of Alfadanga are home to about three million people. Apart from this, a large portion of Dhaka-Khulna highway and a regional highway runs through the upazila. Patients suffering from road accidents often need to come to this hospital for treatment. There is a severe scarcity of necessary medication especially the drugs for acidity. The medical staff usually sit and leave as per their wish. Many come only three or four days a week whereas they should be present for at least five days on rotation basis.

Residential Medical Officer (RMO) Dr. Md. Omar Ali said they receive a fixed number of drugs for the outpatient department. If the number of patients is big enough, they have nothing to do. The have to manage it from the yearly allocation of resources. On the other hand, not having a house dental surgeon causing the equipment to ruin disproportionately. And the affiliated technicians grabbing this opportunity by running rampant businesses in their private chamber.

Though there are two ambulances, only one driver is employed. One ambulance is in use and the other is left in the garage. Patients do not receive an ambulance when needed. As a result, ambulance is being hired with extra money.

Though there are scope for doing digital X-ray, ECG, blood, and various other tests technicians suggest the patients to conduct the test outside. Testing elsewhere costs a lot of money. According to new sources, 20 out of 17671 corona patients have died in the hospital. 56 patients are taking care in 10 isolation beds of the hospital. The doctor Subrata Saha informed that 45 doctors, nurses and staff have been affected so far while treating Covid patients.

Dr. Tapas Biswas, the caretaker said that though the bed has increased but the absence of human resources capacity barring them to provide quality services. 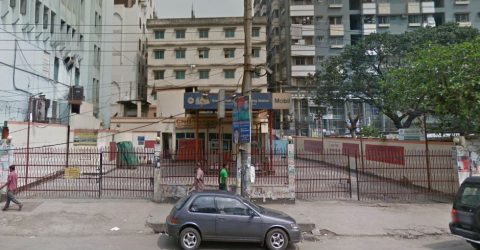