The ramifications of the violation of law on virtual platforms

M. Sadman Safi Protik
The Internet has become one of the most accessible tools in the 21st century. Adolescents, young people, old people are all living extremely busy time in the virtual world today.Social media is a new aspect of our modern life.Popular social media includes Facebook, Messenger, Instagram, Twitter, Viber, YouTube, WhatsApp, Emo, Snapchat, WeChat and many more. The most popular and pioneer among these is “Facebook”. Facebook is probably the biggest addiction discovered in the history of the world.Due to the availability of information technology, cyber-crime is on the rise in the country with the increasing use of internet and smartphones among people of different ages and classes.And with that, cyber-crime seems to be on the rise.

While trying to control technology with ease, some people are unknowingly being controlled by it. Today the world has become a handful with the touch of technology. Which is called “Global Village” in the language of technology. “Global Village’ is a social or cultural system based on information and communication technology where people from all over the world live in a single society. In fact, the social system that is formed through the process of globalization is the world village. However, in order to keep pace with the times, someone is getting involved in the web of delusion again and again. And so, the digital transformation of crime is on the rise.

The alarming thing is that all the horrible crimes are increasing in Bangladesh using various social media apps. Gambling, pornography and human trafficking are not excluded. The biggest fear is that our teenagers are getting involved in it. Bangalore police in India have arrested five Bangladeshis after a video of a gang-rape and torture of a woman went viral recently. One of them is the A V Hridoy known as the ‘Tik-Tok Hridoy’. According to the police interrogation, the rapist Hridoy and his group were committing the crime of trafficking women by showing the temptation to work on the Tik-Tok app. Hridoy and his gang worked as an organized women’s trafficking cycle behind making the Tik-Tok video. Rafi, known as the ‘Boss Rafi’ of the Hridoy’s group, said in a confession in court that Rafi was introduced to Tik-Tok Hridoy two years ago. He then trafficked more than 50 young women to India through Hridoy. CID recently found another organized online criminal cycle. The criminal cycle was using a gambling app called ‘StreamKar’ to smuggle money out of the country. They used some other online currencies, including Bitcoin, to gamble. According to a study, at least 80 to 90 crore BDT a month is going out of Bangladesh for in-app purchase of extremely violent and terribly addictive PUBG/FREE FIRE games.Also, following the recent death of a Dhaka University student, police have for the first time found the deadly drug LSD in Bangladesh.Communication about this drug is also done through social media. Multiple groups of drug users and suppliers have been found on Facebook groups.

The Cyber Crime Awareness Foundation, a non-governmental organization dedicated to raising awareness about cybercrime and the safe use of technology, has released a research report on cybercrime in the country.From there, it is known that about 52% of the complaints come from women The most affected are 18- to 30-year-old girls. As a percentage which is about 74 percent. A large part of the complaints is related to Facebook There are horrific allegations ranging from ID hacks to super imposed pictures and pornography.Despite being a victim of harassment, 30 percent of victims do not know how to take legal action against it. Of the rest, 25 per cent complained to law enforcement but did not think it would be of any benefit, the report said. The first Information and Communication Technology Act(ICT Act) was enacted in Bangladesh in 2006. This law was amended in 2013. The only cyber tribunal in the country was set up in Dhaka that year.The question that may come to our mind is, “What is the law & punishment for cyber-crime?” If any offensive picture or video of a private moment is taken, captured and disseminated through any electronic or internet or social media without notice, then in accordance with the incident, under Section 57 (2) of the Information and Communication Technology Act, 2006 (Amendment 2013) Individuals can take legal action. The punishment is 7 to 14 years in jail and a fine of up to BDT 1 crore.In addition, if evidence is found that the victim in the photo or video has been raped, then legal action can be taken under Section 9 (1) of the Women and Child Violence Protection Act, 2000(Nari o Sisu Nirjatan Daman Ain,2000). In this case medical report will be required.In addition, since the law of our country prohibits the manufacture, storage, marketing, carrying, purchase, sale, possession or display of pornography, to take legal action under Section 6 (2) of The Pornography Control Act, 2012 on the basis of the content of the video.

As per Section 29, if a person publishes information with the intent to defame someone, he or she will face three years in jail or BDT 5 lakh fine or both.Article 21 of this Act states that if a person conducts or aids in any kind of propaganda and propaganda against the Liberation War of Bangladesh, the spirit of the Liberation War, the Father of the Nation, the national anthem or the national flag through digital means, then such act shall be an offense.And the punishment for this is imprisonment for not more than 10 (ten) years, or a fine of not more than BDT 1 (one) crore, or both. We have something to do to avoid these crimes. These are not exchange anything personal online, do not share social media passwords with anyone, reduce public Wi-Fi usage, do not give any picture of yourself or family to the public, not taking pictures or videos of private moments and preventing anyone from taking them, don’t shop with credit or debit cards at any unsecured store or online shop. 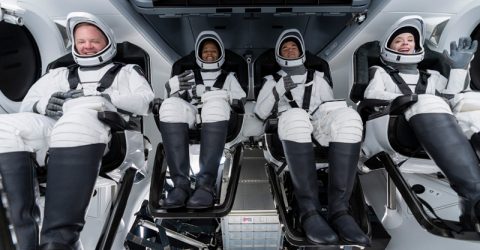