The rise of pseudo-intellectuals

Dr P R Datta
When we say the role of intellectuals in modern society, it is not so easy to define; instead, it is a most complicated one. However, in today’s rapidly hegemonic and unequal contemporary society, intellectuals’ critical and profound impact is indisputable. These wise individuals have diverse knowledge, deep understanding & wisdom. They have the power to steer positive societal values and attitudes. Therefore, they are influential. Intellectuals are those with diverse wisdom, foresight, and unbiased insights with a forward-looking vision. They can foster societal progress and prosperity and always act to awaken society by changing their beliefs, attitudes, and perceptions. They have the power to inspire people to become more learned, wise, righteous, and moral. They navigate people to avoid unwise and wrong deeds and thinking. These discerning individuals always engage in critical thinking, observations, reflection, and research findings to advance various societal issues. However, many intellectuals in society do not feel obliged to do something for good causes. To address these so-called scholars, Einstein made a striking statement: “The world is a dangerous place not because of those who do evil, but because of those who look on and do nothing”. Therefore, intellectuals have a moral and civic duty to nurture societal norms for betterment of the society with their deep knowledge and wisdom. They are the ones who can improve humankind in a meaningful way as they are the primary agent of positive change.

History suggests that many societal changes occurred due to the intellectuals’ interventions around the world. French scholars contributed to the French revolution during the massive political and societal changes (1789-1799). Their revolutionary and radical social change ideas had an enormous impact on people’s attitudes and beliefs, which helped mobilise them to fight for their rights. French intellectuals such as Rousseau, Voltaire inspired the masses to fight against anarchy and injustice. October revolution in 1917 led by Vladimir Ilyich Lenin in Russia and his intellectual comrades fought against Tsarist Government through the Bolshevic movement and seized power. During the liberation period in 1971 and language movement in 1952, Bengali intellectuals were engaged in many fronts and confronted with Barbaric Pakistanis with force. Attempts by West Pakistan to dominate the East culturally and linguistically exacerbated matters to such a point that eventually, the East demanded to be liberated and free. Such intellectuals’ aspirations were met with violence and repression, with the cultural elite being primarily targeted. The liberation war was led by one of the greatest thinkers in this century Bangabandhu Sheikh Mujibur Rahman. His social ideas, knowledge and understanding of the national & international problems and power of awakening the public helped mobilise the united public’s attention to fight against Pakistani’s injustices and barbaric oppressions and ultimately seized power to become an independent nation-state.

The nation lost its best and greatest intellectuals in the war of independence, who came from different walks of life and professions. Intellectuals are always playing a significant role in society whether they are part of civil society members, writers, journalists, legislators, educators, or other members of the intelligentsia. Their influence on societal evolution & prosperity can be critical. This article does not focus on those intellectuals who propagate state ideology and their ideas to create, in many cases, disharmony and problems in society. Instead, the article concentrates mainly on scholars who constantly seek to find the truths without any biases and speculation, primarily academic intellectuals. These types of intellectuals generally do not favour any particular ideology or support any specific ideas blindly. Ego, patronage, prejudices, pride, or shame cannot change and shape their personal decisions, knowledge and understanding.

However, the current world is full of pseudo-intellectuals. These are the production of the free-market economy and rotten capitalist ideology coupled with globalisation. These pseudo-intellectuals are very active in all parts of our life. In his book in 1954, “History of economic analysis”, J. A Schumpeter wrote to explain the so-called intellectual’s mindset and rotten attitude in his time that “there are many Marxian’s & Keynesians intellectuals who have never read a line of Marx or Keynes”. Prof. Mark Lilla of Columbia University made a noticeable remark in his “Reckless Mind: Intellectuals in politics” in 2001 that there are many noble professors, writers, journalists, and gifted individuals who will promote modern tyrants’ ideas liberators and support their immoral crimes as noble. Many unwise, unethical & immoral intellectuals in the society are creating continuous disturbances and confusions among the public, mostly intentionally. Therefore, wisdom is not always intellect. For many Western minds, Karl Marx’s classical book “The Capital” is considered intellectually robust dissemination of a fundamental misconception of the concepts ‘labour’ & ‘production’. This is not the idea favouring the decaying capitalist ideology, despite the fact that it is having a profound impact on society and the lives of millions of people. In today’s most chaotic VUCA (Volatile, uncertain, complex, and ambiguous) global environment, when the current state of capitalism is a complete failure, the Marxist concepts have become more critical than ever. I know the current intellectual mindset of the West is not different from than the last century. Contemporary capitalism has created its empire of very active intellectuals in the media, academia, government, and politics. However, many of today’s scholars do not have any components of intelligence. Hence, society becomes more vulnerable as the intellectuals have a more significant impact on society and its members. Intellectuals have the capacity to manipulate complex ideas, while proper judgement is also necessary. To have intelligence an individual must possess intellect and judgement. Many of today’s intellectuals do not have the capacity to judge. Having both intellect and judgment when individuals produce a coherent and logical understanding of the situations, events or concepts is wisdom. Many of our intellectuals are intellectuals without wisdom, and this is dangerous for society. For wisdom, an individual needs an understanding of the realities of the world and self-discipline. Foolishness is the opposite of wisdom, while dullness is the opposite of intellect. There are many intellectuals with dullness and foolishness in society. People with these two dispositions are more dangerous than non-intellectuals.

Not everyone is an intellectual in society, even though they may deal with demanding and complex professional activities such as Engineers, medical doctors, lawyers, and technical experts. Anyone who deals with ideas as their primary occupation, such as writers, journalists, academicians, and like-minded professionals, is the principal agent of ideas. Therefore, despite their colossal brainpower, innovation, talent, and worldwide achievements such as Bill Gates, Alon Musk, Richard Branson or Jack Ma, top public figures in the world are not intellectuals. On the other hand, Adam Smith, Rabindranath Tagore, Kazi Nazrul Islam, Joseph Schumpeter, Karl Marx, and Thomas Friedman are the most prominent intellectuals. The intellectuals begin and end their work with ideas and dissemination of ideas. I firmly believe what is happening globally in the literary world is not noble and unable to create societal harmony and well-being. Ideas are the core of the academic world and key to the intellectuals’ functions. Therefore, if these ideas are not handled well, that can be dangerous for all. This is what we all have been witnessing for the past several decades, especially after the collapse of Soviet Union.

Pseudo-intellectuals are more active in today’s society. Academia is now full of pseudo-intellectuals who are causing colossal damage to the community through their confused, shallow, immoral, dishonest, and rotten ideas. Because intellectuals profoundly impact society, intellectuals must behave and act without any biases or corrupt motives. Their behaviours, attitudes and beliefs should reflect their true identity. However, sadly, it is true that many so-called academic intellectuals create their reality by filtering the factual information or fabricating new information; in many cases, they do it deliberately in contrast to their personal beliefs about the world. According to Schumpeter, some intellectuals will go further and will even lie for their ideals. 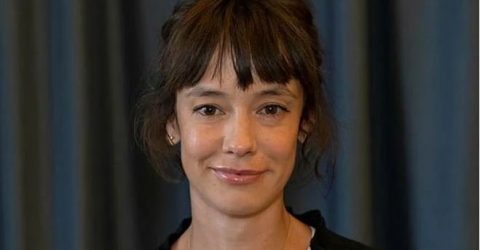 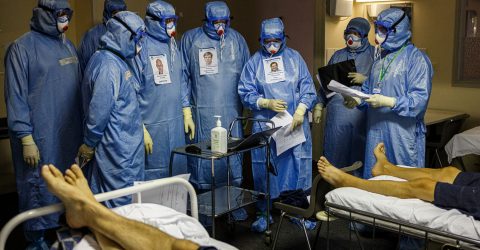 Pleas and regrets in Russian hospital as Covid rages 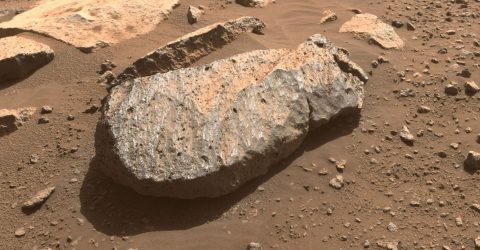 Challenges to US global leadership
Latest