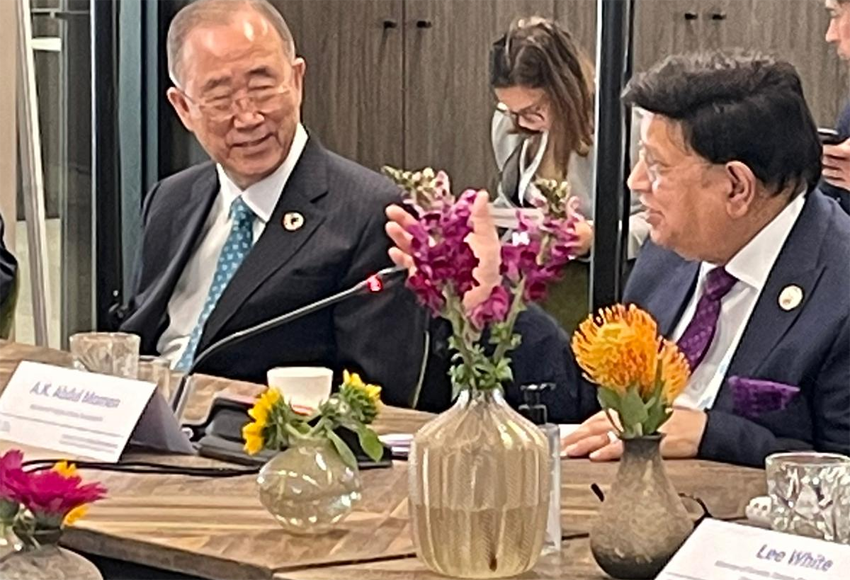 DHAKA,  – Foreign Minister Dr AK Abdul Momen has called upon major carbon emitting countries to rehabilitate the climate migrants displaced from their homes and traditional jobs due to climate change.

“It was the responsibility of the international community, particularly the major carbon emitting countries to rehabilitate the climate migrants,” he said. The foreign minister made the remark while addressing the meeting of the Global Center on Adaptation (GCA) in Rotterdam of the Netherlands on Monday, a press release said here today.

The GCA is Dutch initiative to develop and share knowledge and best practices for climate change adaptation. During the meeting, Dr Momen stressed the need of ambitious nationally determined contributions (NDCs) in the area of climate change by the major polluting countries. Bangladesh foreign minister also highlighted the importance of ensuring the climate finance of at least 100 billion dollars every year, with equal importance given to mitigation and adaptation.

Dr. Momen is the Board Member of the GCA, while Ban Ki Moon, the immediate past Secretary General of the United Nations, is the Chairman of the organisation. The floating office of the GCA Headquarters, the largest floating office in the world, was inaugurated in Rotterdam by King Willem-Alexander of the Netherlands in presence of Board Members, Ministers from different countries, and several Heads of International Organisations.

Earlier, the Bangladesh foreign minister chaired a meeting of the Ministers of the Climate Vulnerable Forum (CVF), the platform of 48 countries severely affected by climate change. In the meeting, the recent activities of the CVF were reported, and also the possible actions leading up to the 26th UNFCCC Conference of the Parties (COP26) to be held in Glasgow, UK in November 2021 were discussed. Signal 3 for the maritime ports 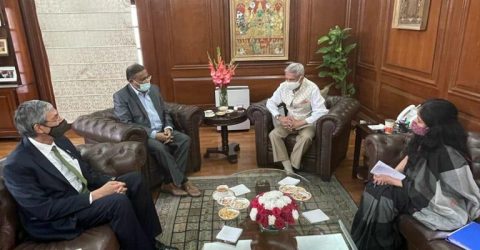