“Being desperate to seize the state power in an undemocratic and unconstitutional way, BNP wants to make the country’s democratic system questionable,” he said in a statement issued in response to a remark of BNP secretary general Mirza Fakhrul Islam Alamgir.

Quader, also the road transport and bridges minister, said the tenure of the current Election Commission (EC) is going to be completed and that is why a new EC will hold the next general election.

Following the constitutional process, the Election Commission is formed by the President through a search committee, he added.

Urging those who believe in democratic values and spirit to remain alert against the propaganda of the BNP leaders and work in unison, Quader said the BNP is hatching new plots to make the formation of the EC questionable before its term expires.

He said as the BNP is desperate to seize the state power in the undemocratic and unconstitutional way, the party wants to make the democratic system questionable.

That is why, he said, BNP secretary general Mirza Fakhrul Islam Alamgir is continuously misleading the nation through his false, baseless and fabricated statements.

The AL general secretary said since its inception, the BNP has had no trust in the democratic values and culture as BNP founder Ziaur Rahman seized the state power illegally, unconstitutionally and undemocratically, and destroyed the electoral process.

Since then, when the BNP came to power, every time they (the BNP leaders) tried to sustain power through various intrigues and in unconstitutional ways, he said.

Quader said when the foundation of democratic culture is well-established in the country at present, the Mirza Fakhrul’s demand for restoration of democracy is very shameful.

Before the 2018 parliamentary election, Fakhrul claimed that taking part in the election was the part of the BNP’s movement, he said.

“That means, the BNP participated in the polls not to win, but to make the electoral process questionable. The 11th parliamentary election was an inclusive one. All the country’s political parties, including the BNP, joined it,” the road transport minister said.

He said as the top BNP leaders indulged in corruption and established the reign of terror in the country, the party was repeatedly rejected by the country’s people. But it shifted the blame to the people as well as the EC, he added.

Quader said the BNP leaders are shamelessly making poisonous statements against the government and the EC aiming to hide their defeat.

By killing Father of the Nation Bangabandhu Sheikh Mujibur Rahman and most of his family members on August 15 in 1975, the murderous Zia-Mushtaq clique seized the state power illegally and unconstitutionally and sent the spirit of the Liberation War and democratic values to exile, he said.

The AL general secretary said the spirit of Liberation War and the democratic values were restored in this country through a long struggle under the leadership of Bangabandhu daughter, Prime Minister Sheikh Hasina. 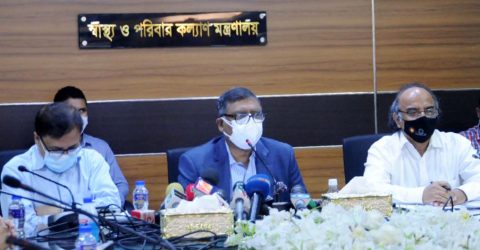